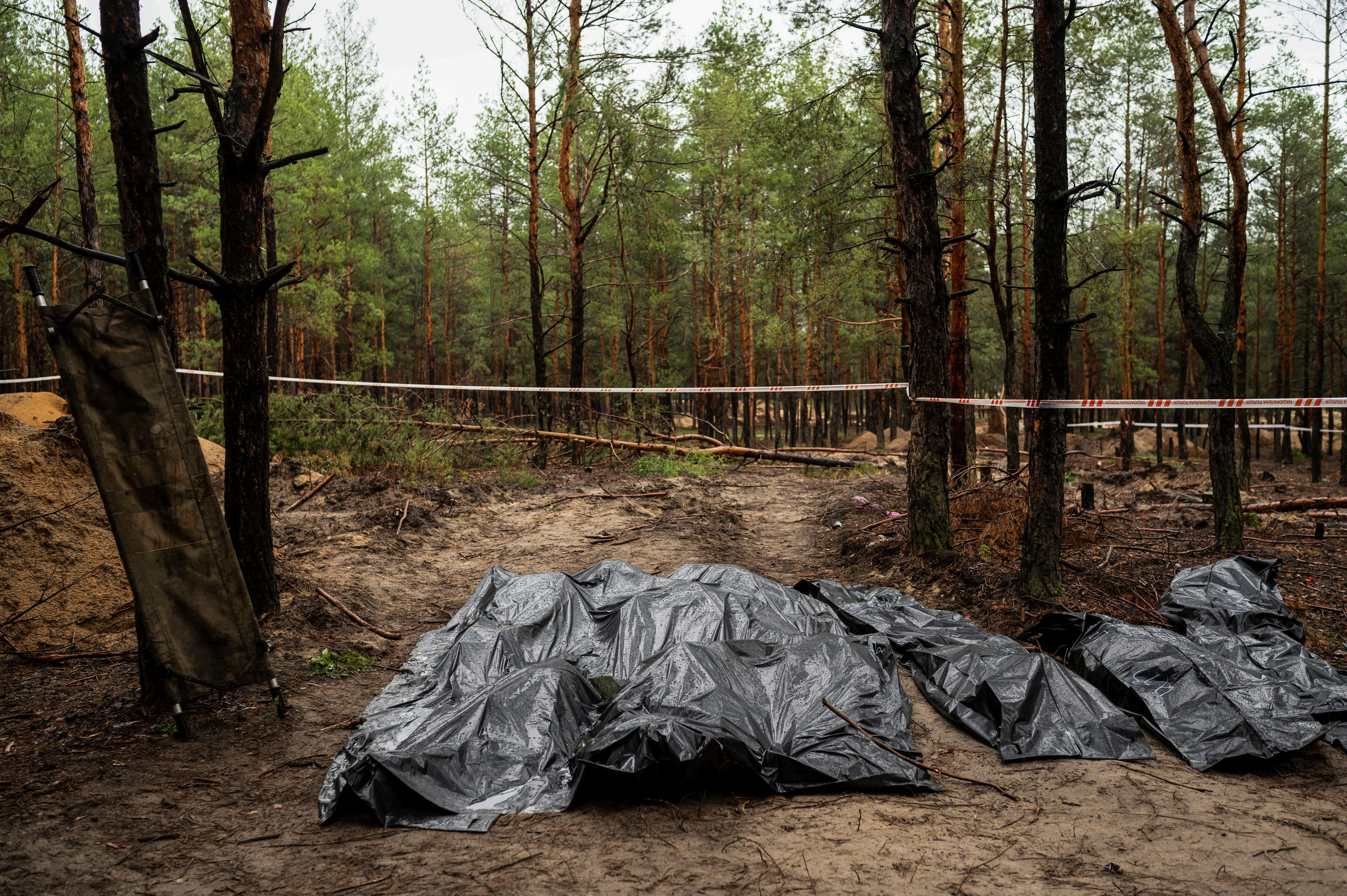 The exhumation in Izium ended with the number of 447 dead, including 215 women and 5 children (REUTERS / Viacheslav Ratynskyi)

The exhumation of the mass grave discovered by the Ukrainian authorities in isiuma Russian-occupied city in the eastern Kharkiv region, was completed with the figure of 447 dead, including 215 women and 5 childrenaccording to the head of the National Police of Ukraine, Igor Klimenko.

“The work went on for a week without a break. 447 bodies were retrieved from the graves. Of these, 215 are women, 194 men, 5 children and 22 military personnel. Also leftovers from 11 peoplewhose gender cannot be determined at this time,” he said in a statement posted to Facebook.

More than 400 graves discovered in Izium

According to local media like uk formKlymenko declared that “There are many corpses with marks of torture. Police criminologists and coroners face a difficult task: identifying the bodies of every dead person. Family members should bury them as people.”

After retaking the eastern region of Kharkiv in a counter-offensive against the Russian army occupying it, The government of Ukraine last week unveiled the discovery of about 440 graves and a dozen suspected Russian torture chambers in the liberated areas. 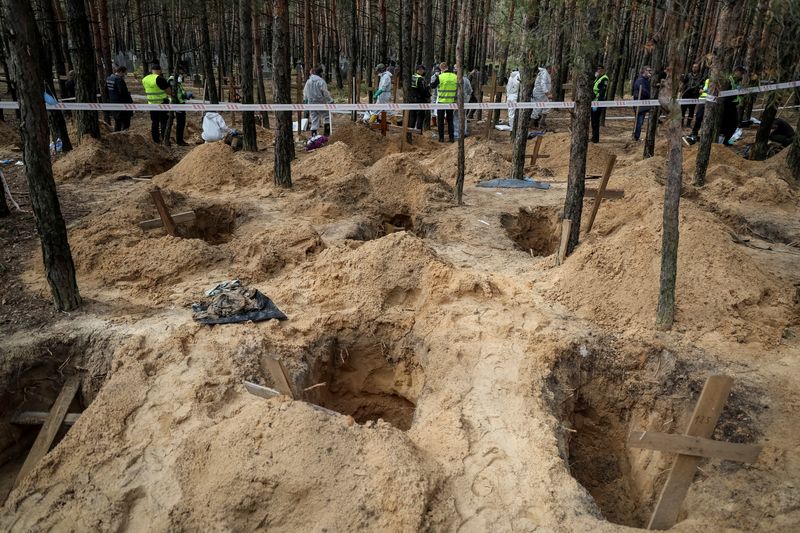 Ukraine recaptured Izium and other cities in the east this month, crippling supply routes to the Kremlin. After the advance of the Ukrainian forces, they rose up new allegations of Russian atrocities with the discovery of hundreds of mass gravessome with multiple bodies.

“Several men had their genitals amputated. All of this is evidence of the horrible torture the invaders subjected the residents of Izium to” said the governor of the Kharkiv region, Oleg Sinegubovthis Friday.

Likewise, after a visit to that country in June, the UN fact-finding mission to Ukraine concluded that Russia committed war crimes during his invasion of this country, the President of this tripartite commission stressed yesterday, Eric Mosesduring his appearance before the United Nations Human Rights Council.

“We were shocked by the large number of executions in the areas we visited” stressed the Norwegian expert, noting that the mission is investigating this type of murder in 16 Ukrainian locationsalthough she has received credible reports of crimes of this nature in many other places. 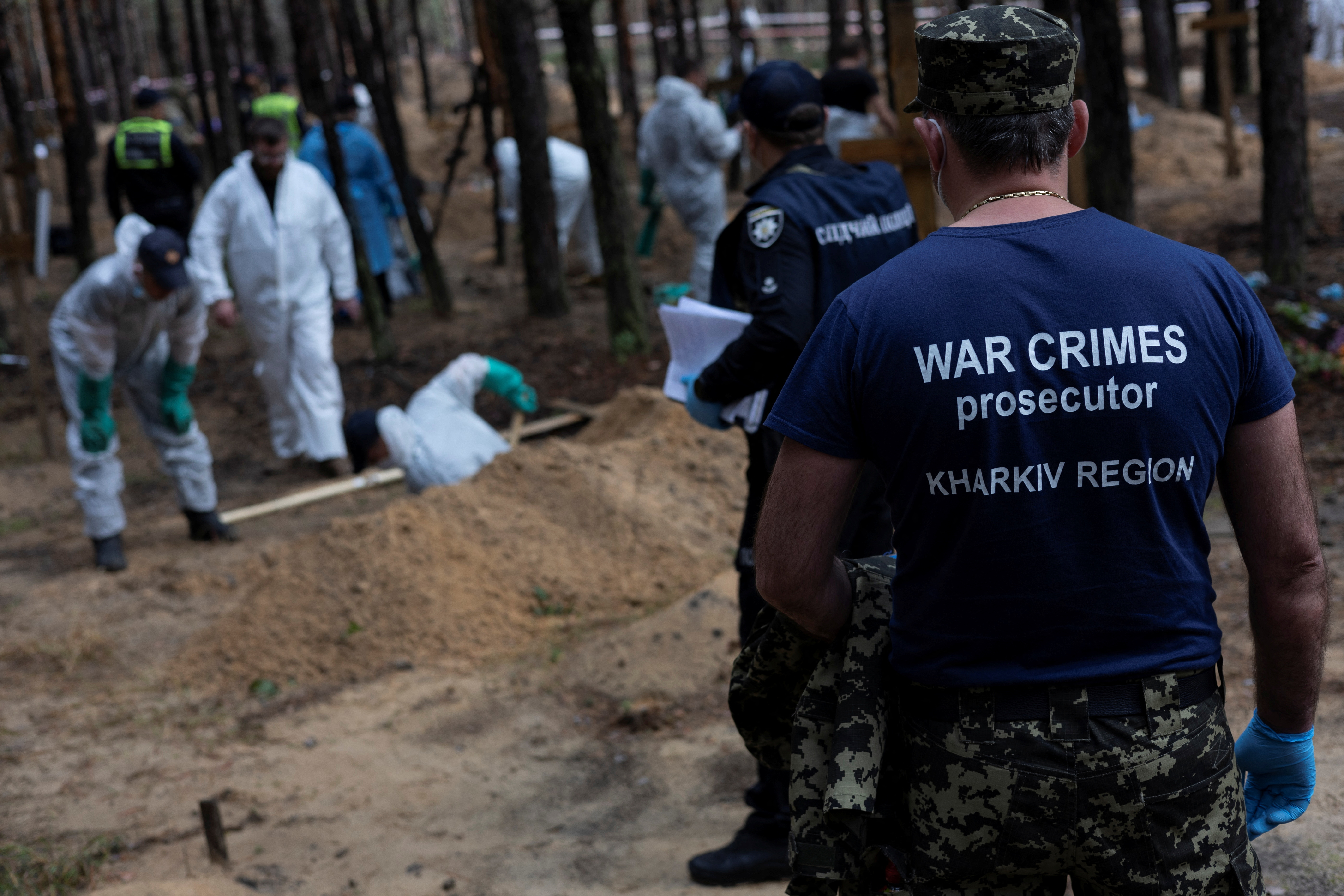 Many of these murders were committed against people who had previously been imprisonedemphasized Moses, who pointed out that numerous dead people presented themselves Hands tied behind the back, head wounds and cut throatsEvidence that it was so summary executions.

The chairman of the commission also condemned these soldiers of the Russian Federation committed sexual and gender-based violenceto the victims”between four and 82 years”and in some cases their relatives They had to see how these people were mistreated or tortured.

The mission -also formed by the Colombian Pablo de Greiff and the Bosnian Jasminka Dzumhur-“has documented cases of children being raped, tortured and unlawfully detained‘, killed in some cases.

Witnesses interviewed by the mission reported it was Subjected to beatings, electric shocks and forced nudity during unlawful detention, in some cases after their transfer from Ukraine to Russian territory.

The Norwegian expert also denounced this repeated use of explosive devices in non-military areaswhich have affected residential areas, schools, hospitals and other infrastructure that have claimed the lives of about 6,000 civilians in seven months of the conflict, according to the United Nations Office for Human Rights.

(With information from EFE and AFP)

Ukraine announced the liberation of the occupied territories in Donetsk, while Russia holds referendums on annexation
Moscow renewed its threat against Ukraine, saying that trying to retake Donbass would amount to an attack on Russia The contents in the “archives” were created and posted by the previous owners of this website. We are not responsible for any misleading or incorrect content that is posted here. Abu Dhabi (dpa) – Germany will receive liquefied natural gas (LNG) from the United Arab Emirates to replace energy that is no longer supplied by… The contents in the “archives” were created and posted by the previous owners of this website. We are not responsible for any misleading or incorrect content that is posted here. Finland urged people under the age of 40 to consume potassium iodide as a measure in case of a possible nuclear conflict between Russia and…

The contents in the “archives” were created and posted by the previous owners of this website. We are not responsible for any misleading or incorrect content that is posted here. MEXICO CITY (AP) — The murder of two workers at a Mexican energy company in the north of the country could be linked to tactics…

The contents in the “archives” were created and posted by the previous owners of this website. We are not responsible for any misleading or incorrect content that is posted here. Bernhard PeraAmerican, ranked No. 45 in the WTA, fulfilled predictions by winning in an hour and forty-six minutes 6-, 3-6 and 6-2 a Nikola BartunkovaCzech…