Video: the transmission of “Teto” Medina by the PFA.

Prosecutor Daniel Ichazo wants to investigate Marcelo “Teto” Medina todayarrested yesterday at his home in Palermo by the federal police, accused of being the organization’s recruiter The reason to live. First, a fundamental step must be completed: that Medina’s defender, Adrián Tenca, make contact with the matter. Until now, no detainee was questionedincluding the head of the organization, Néstor Zelaya, who has traveled to several cities such as Villa María, Casilda and Concordia to present the organization with Medina in activities in municipal institutions and evangelical temples.

In yesterday’s session There were more than 20 raids in the greater Buenos Aires and Córdoba areas, with 17 people arrested. Over there, 14 mobile phones and four notebooks were found, analyzed by the Expert Advice of the Buenos Aires MPF. What these devices say will be the key to the cause.

Abroad, The reason to live acted as a therapeutic community for addict recovery. Prosecutor Ichazo received complaints that within the community, which is organized into different farms, Addicts were enslavedwork in construction, in baking or in furniture production or are sent directly to beg while living in inhumane conditions in ranches and huts.

It is estimated that this would be the case at least 200 victims.

Medina’s phone was bugged, with wiretaps compromising him. They deal with confirmed sources of the file InfobaeHe demands money as commission for the victims he catches. Each victim could pay at least 40,000 pesos. 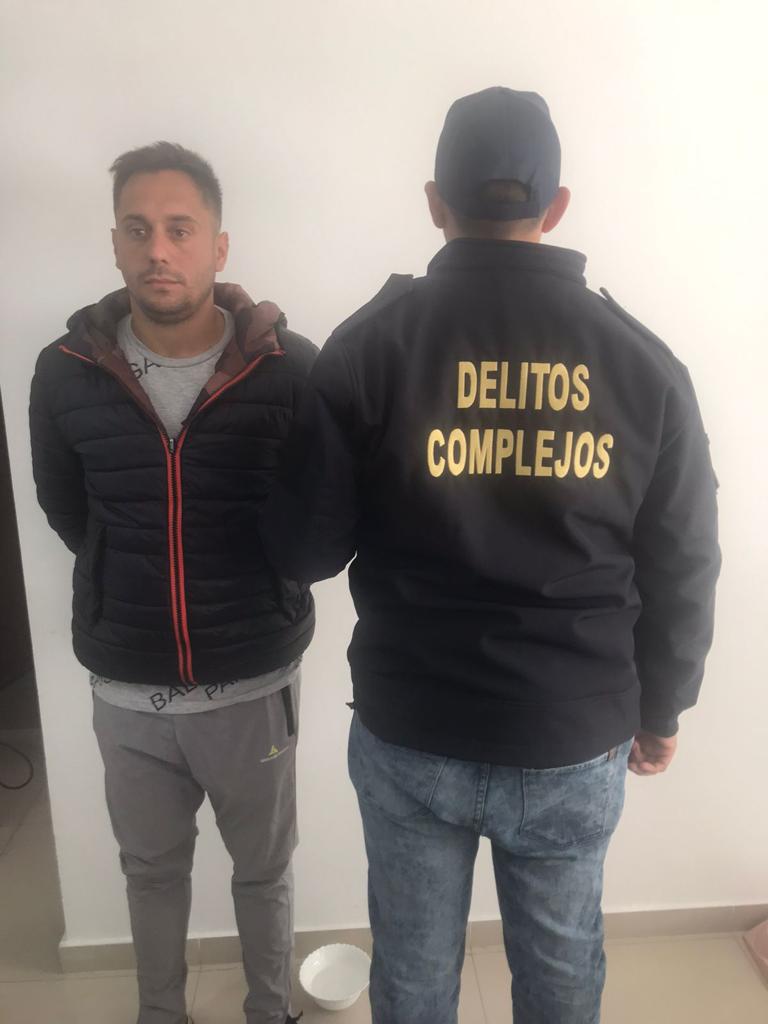 Zelaya, 34, a resident of Sarandí, was also arrested by the Complex Crimes Unit of the Buenos Aires Police Department. She is registered in the category “Care services for people with mental health or addiction problems, with accommodation” and in March 2019, along with two of the defendants in the case, founded the SRL around La Razón de Vivir. SRL has no linked bank accounts, not even a CUIT number.

In his arrest application, prosecutor Ichazo admits to him a special weight for Zelaya in the mechanics of slavery of the villas of La Razón de Vivir, including the “punitive system” and the control of curfews, in addition to particularly insidious annoyances, also with starvation situations.

The victims who spoke in righteousness told Scenes of torture, psychological molestation and imprisonment. They said they were forced to sleep on the floor and were forbidden to eat. One man said the medication he was taking had been discontinued due to his condition as a sick person. HIV. other detailed at the moment he had his leg amputated due to his diabetes and how he was later treated by the addicts themselves, who recovered on-site.

The allegations against Zelaya, Medina and the other detainees include the offenses of tortious association, submission and dereliction of duty of a public official. In the case, a police officer from Buenos Aires was arrested.

Hunger, cold and rats: the horror faced by addicts captured by the Medina organization “Teto”.
The charge against “Teto” Medina: Victims captured and enslaved for a bogus clinic for addicts The contents in the “archives” were created and posted by the previous owners of this website. We are not responsible for any misleading or incorrect content that is posted here. There are more than 200 aftershocks from the earthquake (Photo: Cuartoscuro) This Monday, September 19, the 37th anniversary of the 1985 earthquake was commemorated; however,… The contents in the “archives” were created and posted by the previous owners of this website. We are not responsible for any misleading or incorrect content that is posted here. For weeks, opposition congressmen have been criticizing the Peruvian president’s next meeting with the pope. Photo: AFP president Petersburg studied a profession Congress of the…

The contents in the “archives” were created and posted by the previous owners of this website. We are not responsible for any misleading or incorrect content that is posted here. DUBAI, Sept 29 (Reuters) – Protests over the death of a young woman in police custody continued in several Iranian cities on Thursday, state and… The contents in the “archives” were created and posted by the previous owners of this website. We are not responsible for any misleading or incorrect content that is posted here. File photo of Jennifer Pedraza from the Colombian Association of Higher Education Students. EFE/Mauricio Dueñas Castañeda/Archive During the September 20 session of the House of…

The contents in the “archives” were created and posted by the previous owners of this website. We are not responsible for any misleading or incorrect content that is posted here. The drought, which spanned three continents by mid-year and dried out large parts of Europe, the United States and China, was 20 times more likely… The contents in the “archives” were created and posted by the previous owners of this website. We are not responsible for any misleading or incorrect content that is posted here. Ukrainian troops show they recovered Lyman and remove Russian flags from public buildings Ukraine’s President Volodymyr Zelenskyi announced this Sunday that the city of Lyman,…