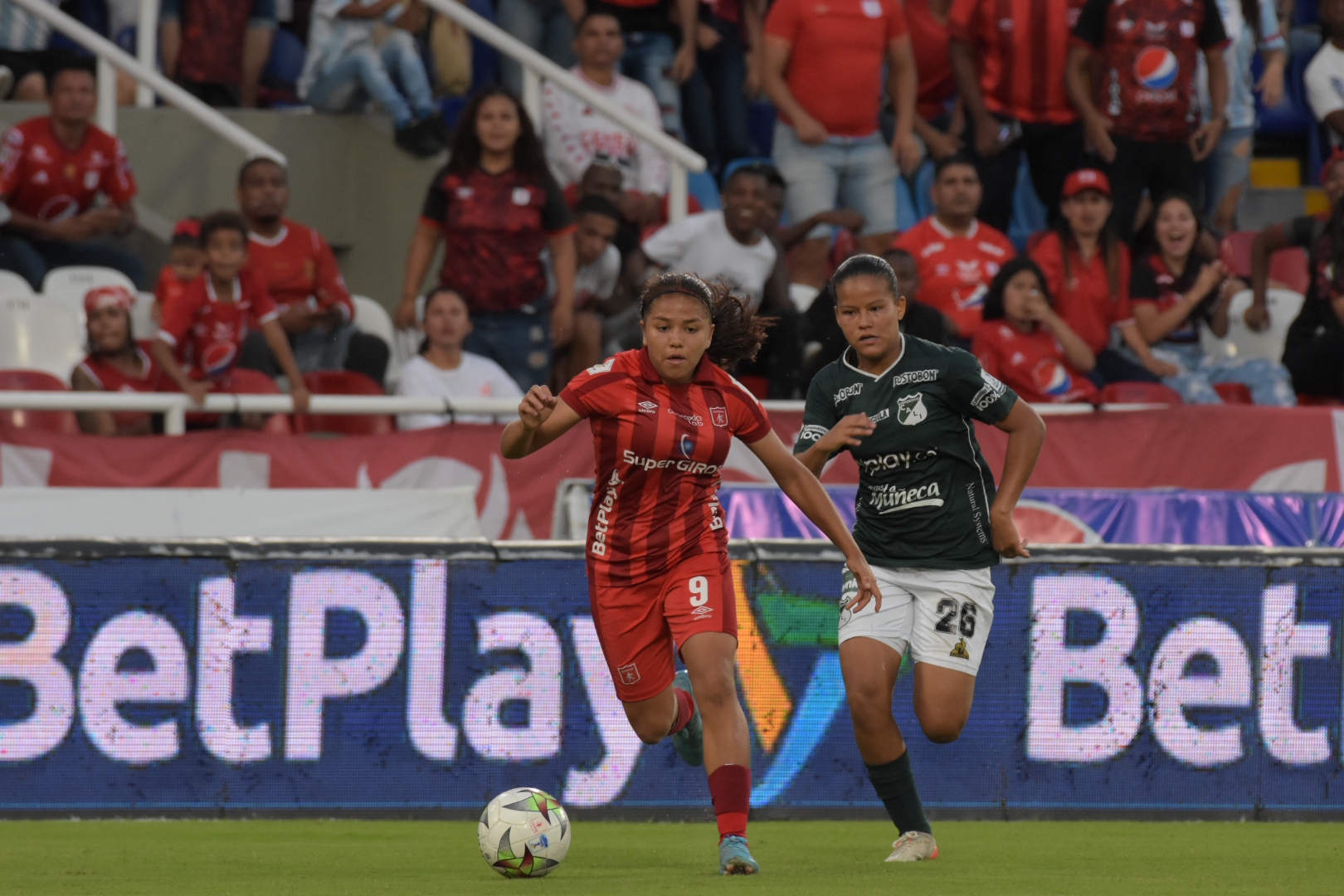 The draw for the group stage will take place this Tuesday, September 20th Women’s Libertadores Cup where Colombia will be represented America from CaliChampions of the tournament played in the first half of 2022 and for Deportivo CaliSecond place team in the same championship and that was champion of Colombian League in 2021. The 14th edition of South America’s premier club tournament will be held in Quito, Ecuador from October 13th to 28th.

The ‘escarlatas’, runners-up in the last edition of the championship after losing to Corinthians In the grand finale they will be the head of the Group D where they will compete against the Peru classified, in between Allianz Lima and Carlos Manucciclassified by Venezuela between Deportivo Lara and Club LaraY Santiago morning from Chile where the goalkeeper of the Colombia Team, Katherine Tapia.

Meanwhile the Deportivo Cali was placed in Group A who make it up Corinthians of Brazil, champion club in the 2017, 2019 and 2021 editions and who can retain the Brasileirao title on September 24. The Copa America runners-up and former Independiente Santa Fe plays there, Liana Salazar. The run home is over Olympia from ParaguayClub currently playing idol cup in the city of Cali and always readyChampion of the Simón Bolívar Cup in Bolivia and who have Colombian goalkeeper Paula Valencia on their payroll. 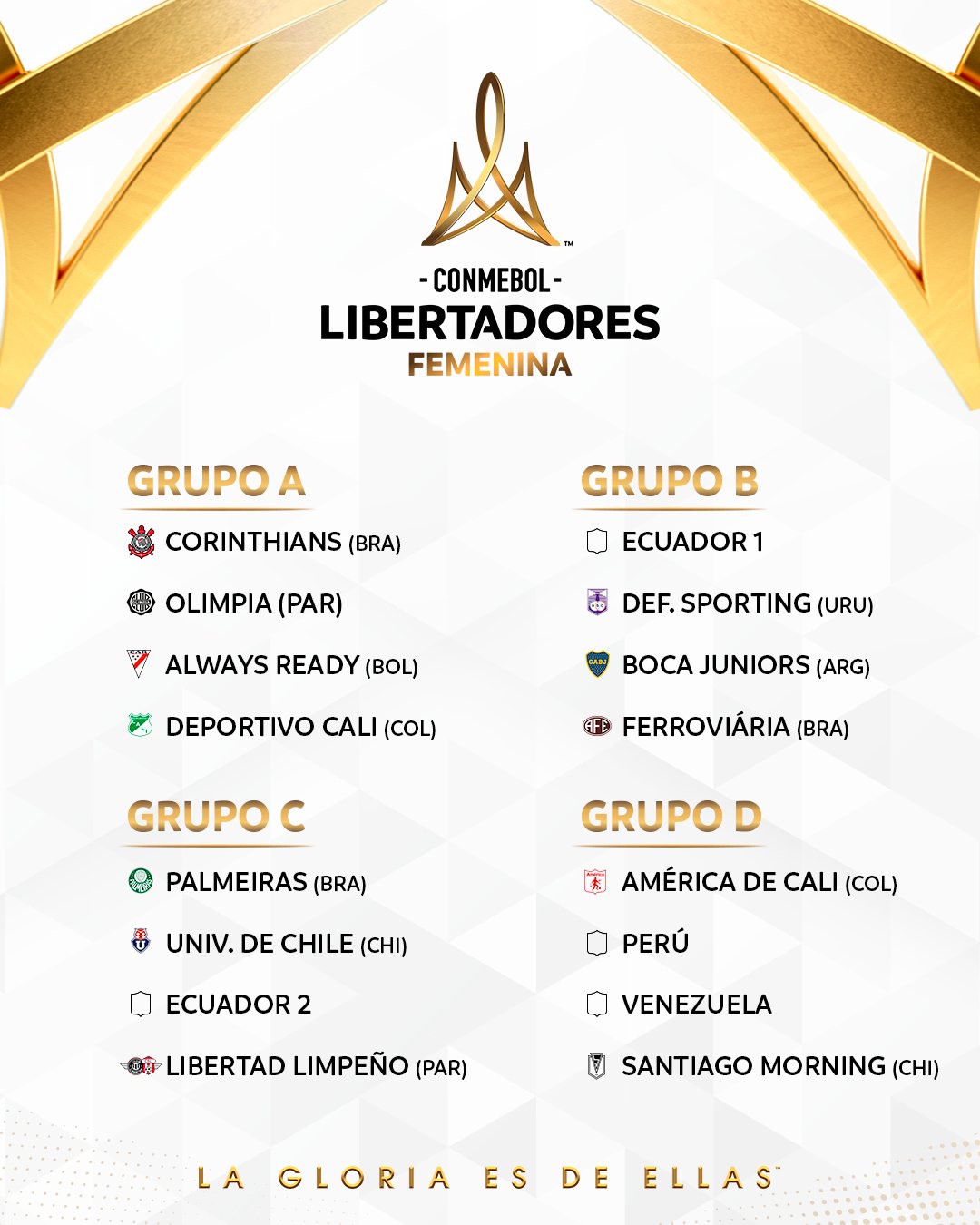 The top two teams in each zone qualify for the quarter-finals of the Copa Libertadores Femenina. In the case of Colombian clubs, their rivals would come from Group B for Deportivo Cali and from Group C for América de Cali. There would be no eventual crossbreeding of “coffee” clubs in the semifinals, so it’s conceivable that a great display of “azucareras” and “escarlatas” could lead to a Colombian final in the Copa Libertadores Femenina.

In the city of Cali since last Saturday September 17th is the idol cupa tournament organized by the agency The Coach in which the two women’s teams of the capital of Valle del Cauca take part, Deportivo Cali and America de Caliclassified along with two other teams too Women’s Libertadores Cup 2022 which will be held from October 13th to 28th in the city of Quito, Ecuador.

The second date brought the two Caleño clubs onto the court, both with titles Women’s Professional Soccer League in Colombia. At 6 p.m. in the afternoon, the whistle sounded for a new edition of what is probably the most important game in women’s football. was the favorite Deportivo Cali after beating Paraguay’s Olimpia 4-0 on the first date America from Cali had to fight it Atlético Mineiro for Get the tie to two goals.

The scoreboard would open up minute 76 at the feet of the midfielder Paula Medina from Deportivo Cali. A shot from the edge of the box was executed by the footballer, who chose the post on the goalkeeper’s left hand Natalie Giraldo to send the ball behind the net after it has passed the barrier. The goalscorer was voted Player of the Match by the organization at the end.

This new victory leaves the ‘sugar bowls‘ at the top of the standings with six units and classified at the end of the first edition of idol cup. In the second box is Atlético Mineiro from Brazil with four points after beating Olimpia 1-0 in the first game of the day. In third place is America from Cali with one unit and the last one without points is the ‘guaraní’ team.

Mayer Candelo and other stars of the Colombia national team who failed as coaches
The story of how Míchel, James’ new coach, touched on the intimacy of “Pibe” Valderrama mid-game
Egan Bernal will not compete again this year: he would return to Colombia for knee surgery London, September 30 Workers at the former British postal company Royal Mail are supporting another 48-hour strike this Friday to protest their wage conditions. These workers have already had several work stoppages in recent weeks amid a long dispute that has left them with the company, from which they are demanding a “dignified and reasonable”… Follow the path of Hurricane Ian. Storm Ian has evolved into a Category 1 hurricane on the Saffir-Simpson scale. at 04:00 a.m. Central Mexico Time and is advancing with maximum sustained winds 120 km/h and gusts of 150 km/hthreatens a third of Cuba en route to the Gulf of Mexico, where it is expected to…

In Kyrgyzstan, the death toll in border conflicts with Tajikistan rises to 36 tol/bur/fio/meb/zm Carlos Trejo and Adame (Photos: Instagram) The reactions regarding severe injury what have you got Alfred Adame in the past few days and that could affect the actor with permanent effects on his eyesight, have not stopped. Well it was Carlo Trejo -the actor’s nemesis- who was reacting to the brawl involving the former driver…