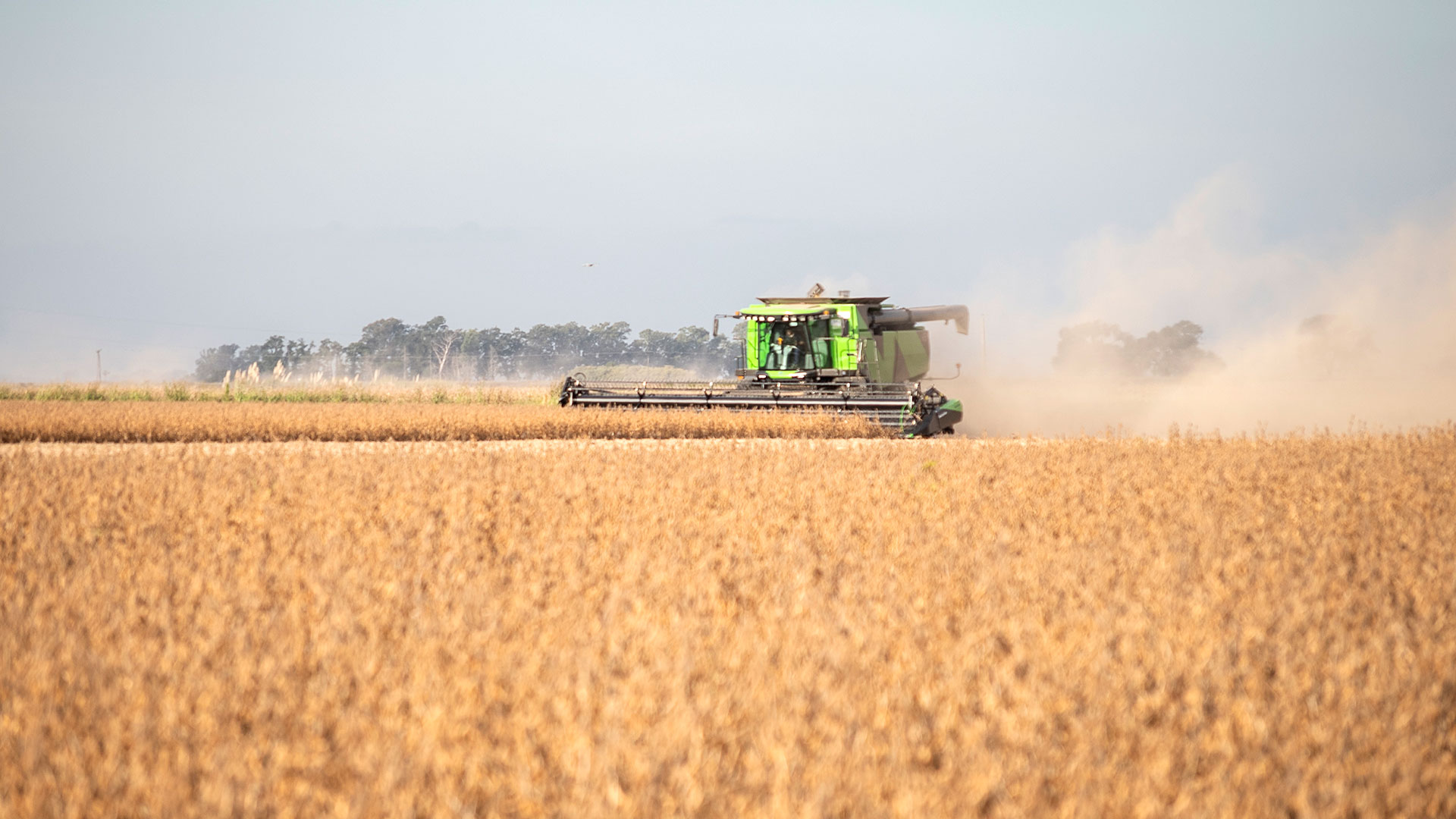 Soybean producers have already sold more than 11 million tons under the government-launched program.

The Buenos Aires Cereal Exchange reported that soybean operations reached 1,155,513 tons yesterday and up to today Export increase program set up by the Ministry of Economy which sets a different exchange rate of $200 per dollar through September 30, Producers have already marketed 11,720,672 tons. All of this despite the central bank’s proposed change in the rules of the game, which caused uneasiness in the countryside and in the agribusiness.

On the other hand yesterdayThe Oil Industry Chamber and Center for Grain Exporters (CIARA-CEC) reported that foreign exchange earnings hit a record level of more than $5,130 million from Sept. 1-21. In this way anda The target of US$5,000 million agreed by the Department of Commerce with the private sector was exceeded.

“The #producers, #collectors, #cooperatives and the entire value chain once again you have proven that you can react quickly to market conditions‘ CIARA-CEC said on its Twitter account, to which they added, ‘showing that reducing the tax burden in the soybean complex or improving the exchange rate is generating an unprecedented economic movement. Politicians must be careful not to continue to punish the agro-industrial sector.”

To this end, the Economics Minister Serge Massa, Celebrated the goal of $5,000 million of the soybean dollar and was responsible for sending a message to the country amid the unease that exists over the measures passed by the central bank: “Let’s keep working together.” said the official, who also stressed that the amount was reached nine days earlier. “The day we took office at the head of the Economy Ministry, we announced that we will move forward with an agreement with the grain companies to strengthen reserves and consolidate the work between the state and agribusiness, and that we did. Thanks to those who trusted, let’s keep working on the missing days”he added.

The field’s leadership continues to express their unease about the recent measures enacted by the Central Bank of the Argentine Republic (BCRA) in full under the “soybean dollar” scheme. After increasing the financing rate for those soybean producers who store 95% of the crop, and then banning access to financial dollars for agricultural companies operating in the “soy dollar”.

Faced with this problem, the President of the Argentine Rural Society, Nicholas PineHe told the press: “I have exchanged messages with the Economy Minister and the Agriculture Minister to express my dissatisfaction and have asked them to review both measures. And (Sergio) Massa told me and promised that they will work on it. I hope that the government can solve this problem internally, almost politically, so that it spills over more calmly into the economy“. The leader’s remarks came during his tour of the National Spring Show of the Angus breed in the city of Olavarría in Buenos Aires.

Nicolás Pino, President of the Rural Society: “Massa promised us that they will work to review the BCRA measures”
Strong alt-dollar trading volume in a market gearing up for the end of the soybean dollar
The government cut public spending in August but has run a deficit of more than 1 billion pesos so far this year The International Tennis Federation (ITF) is the governing body of world tennis. (Infobae) Anastasia FirmanUkrainian won through 6-1, 2-6 and 10-2 in one hour and thirty-six minutes Italian style Elisa Cesarina Vincenti in the qualifying round of the tournament reims. With this result we will see the player in the next round of the tournament… T. Strongest and Nacional had no disagreements at their date 18 meeting, held this Friday at the Miraflores Colossus. The locals won in the 7th minute of the first half with a goal from Jair Reinoso, while the visitors equalized in the 85th minute of the supplementary period through Tommy Tobar. Although The Strongest fired… Franco Colapinto celebrates on the podium in Monza with the Argentine flag behind (Source: Franco Colapinto Press – Photos: James Gasperotti) Crucial days for the future of are coming Franco Colapinothe Argentine closest to it formula 1. The young man from Pilar finished an promising first championship in the formula 3 and his good results… Union members on the balcony of Labor headquarters on Callao Street (Luciano Gonzalez) The conflict in the tire industry has been going on for five months and there seems to be no solution in sight. Amid new blockades of the factories and with members of the Unified Union of Argentine Tire Workers – Sutna, which… Argentina’s new economy minister, Sergio Massa, speaks to the media in Buenos Aires. Argentina.. File photo August 3, 2022. REUTERS/Matias Baglietto “Today, with 9 days to go, we are pleased to announce that we have achieved the target set for September 30th.”tweeted the economy minister this afternoon Serge Massawho celebrated having reached the target set…