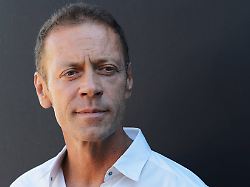 Italian film star Alessandro Borghi takes the lead. The screenplay for “Supersex” comes from Francesca Manieri, who is known as a staunch feminist. “It’s the story of a man who needs seven episodes and 350 minutes to say ‘I love you’ and accept that the demon in his body is compatible with love,” Manieri says of her project. Film premiere with Fatih Akin Diane Kruger praises ‘the best director from Germany’ 10/02/2022 03:07 am She has already filmed with him and will soon be back in front of the camera in front of him. At the premiere of Fatih Akin’s new film “Rheingold”, Diane Kruger finds much praise for the filmmaker. The film… The first week as king Charles III travels almost 2500 kilometers 16-09-2022, 10:45 am He mourns his mother. But for the new King of England there is hardly a chance of coming back. In just his first week in office, Charles III. more than a dozen official appointments. And his travel pressure is enormous. Charles… “It probably won’t come” Lugner wants Lady Gaga to join the opera ball 10/09/2022, 5:19 PM After a two-year corona break, an opera ball will finally take place in Vienna next spring. High time for “Mortar” Lugner to look out for a prominent companion. Shortly before his 90th birthday, the enterprising businessman is still looking… Second career for ex-president Barack Obama wins Emmy for best… 09/05/2022, 11:41 AM (updated) Former US President Obama is not only blessed with political know-how, but also with a sonorous voice – and this circumstance now brings him an unexpected honour. The 61-year-old can look forward to an Emmy for best narrator. Former US President… Dramatic Scenes in Paris Singer Mikaben dies during performance 17-10-22 10:48 am During a concert in Paris, Haitian musician Mikaben suddenly collapses in front of his fans. All rescue attempts fail. The 41-year-old leaves behind a pregnant wife. Haitian singer Mikaben died during a concert in Paris. The 41-year-old collapsed on the stage of the… Solidarity with Iranian women German stars cut their hair 10/12/2022, 13:40 (updated) More and more stars are using scissors to show their support for protesting women in Iran. Now German celebrities are also cutting their hair for the camera, including Meret Becker, Katharina Thalbach and Jasmin Tabatabai. In solidarity with the protesting people in Iran,…