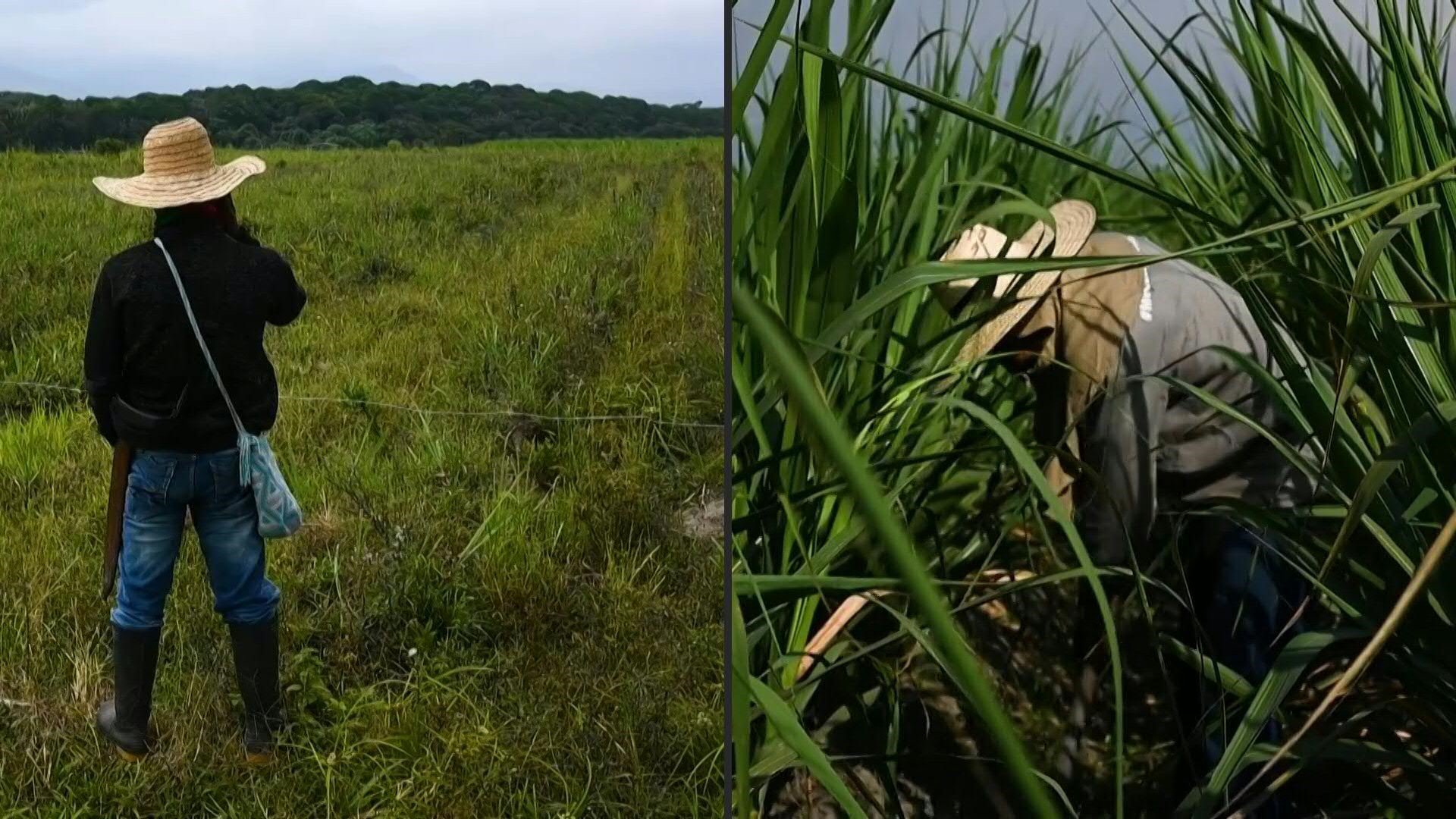 The nation’s Attorney General Francisco Barbosa stated that this group will be responsible for understanding allegations of land occupation in the country; however, he took the opportunity to criticize the government for its stance on the phenomenon. Photo: AFP

This Thursday, September 22nd, the Attorney General of the NationFrancisco Barbosa, appointed a special group to investigate cases of land invasions currently registered in several regions of the country, showing the intensification of a historic social conflict.

This was confirmed by the official in the middle of his speech at the inauguration of the Second Conference of the Disciplinary Judiciary in Medellín, where he explained that this group will consist of prosecutors and investigators who will focus on the repeated complaints to “illegal land occupation, usurpation of property and enslavement“.

“It’s going to be a traveling team that will collect all essential evidence to continue the prosecution of the relevant cases. I think it’s very clear news in the sense that the Attorney General’s Office also upholds the fundamental rights of Colombians, including the right to property,” the prosecutor said at the event organized by the National Disciplinary Commission in the capital of Antioquia.

In this sense, he explained that the investigations led by this group will be different in order to have a clear context in which, given the complex dynamics linked to the land occupation in departments such as Cauca, Huila and Cesar Tensions between ethnic groups, businessmen and farmers have flared up again in the different territories.

In turn, it pointed out that, according to preliminary information, the establishment has demonstrated multiple dialogue processes between the different communities faced with access to and use of the land; However, he claimed that in other areas they “found criminal groups and people who all they want is to usurp rights that do not belong to them”.

“It is one thing to try to understand some phenomena that are occurring, and another thing is that while addressing these considerations, We must emphasize that property is a fundamental right this must be enforced in Colombia,” prosecutor Barbosa said in statements that can be understood as criticism of the position of Gustavo Petro’s government.

According to information collected from ombudsmanthe land invasion that would present itself in 10 of the country’s 32 departments would be in some cases linked to the actions of illegal armed groups like the dissidents of the FARC and the National Liberation Army (ELN).

“Different groups and structures of organized crime, as well as illegal armed groups, understood as dissidents of the FARC, the ELN and any illegal armed group that is outside the law and that practices in an appropriate manner the forced eviction of different communities from lands,” said defender Carlos Camargo .

On the other hand, some leaders of the areas affected by this phenomenon have warned against it Peasant groups are armed who have had clashes with those intending to invade land, exacerbating disputes involving public authorities to control the situation.

“People have already dug trenches to protect their territories and have also prepared the decorative weapons they had on the farms and are looking for someone to fix them,” said Miranda Cauca Municipality Mayor Samuel Londoño. The contents in the “archives” were created and posted by the previous owners of this website. We are not responsible for any misleading or incorrect content that is posted here. The euro is one of the most widely used currencies in the country. (Infobae) That Euro will be paid for in today’s session 35.93 Nicaraguan… The contents in the “archives” were created and posted by the previous owners of this website. We are not responsible for any misleading or incorrect content that is posted here. Video game Cyberpunk 2077 on Steam. (Photo: Razer) talk about it Cyberpunk 2077 is to talk about one of the most talked about releases in… The contents in the “archives” were created and posted by the previous owners of this website. We are not responsible for any misleading or incorrect content that is posted here. AMLO emphasized trust in businessmen in the face of an anti-inflationary deal: “They cooperate.” PHOTO: DANIEL AUGUSTO /CUARTOSCURO.COM president Andres Manuel Lopez Obrador He assured… The contents in the “archives” were created and posted by the previous owners of this website. We are not responsible for any misleading or incorrect content that is posted here. Popocatépetl exhalations taken on the morning of September 20, 2022 (Photo: Civil Protection) The National Coordination of civil defence (CNPC) reported that on September 20…

The contents in the “archives” were created and posted by the previous owners of this website. We are not responsible for any misleading or incorrect content that is posted here. Thousands of Britons braved the long queue of “at least 24 hours” of waiting this Saturday to bid farewell to Elizabeth II ahead of Monday’s… The contents in the “archives” were created and posted by the previous owners of this website. We are not responsible for any misleading or incorrect content that is posted here. AEK Larnaca defeated Dynamo K. as a guest in a match played for Date 2 of Group B of Europa League 2022 – 2023. The…