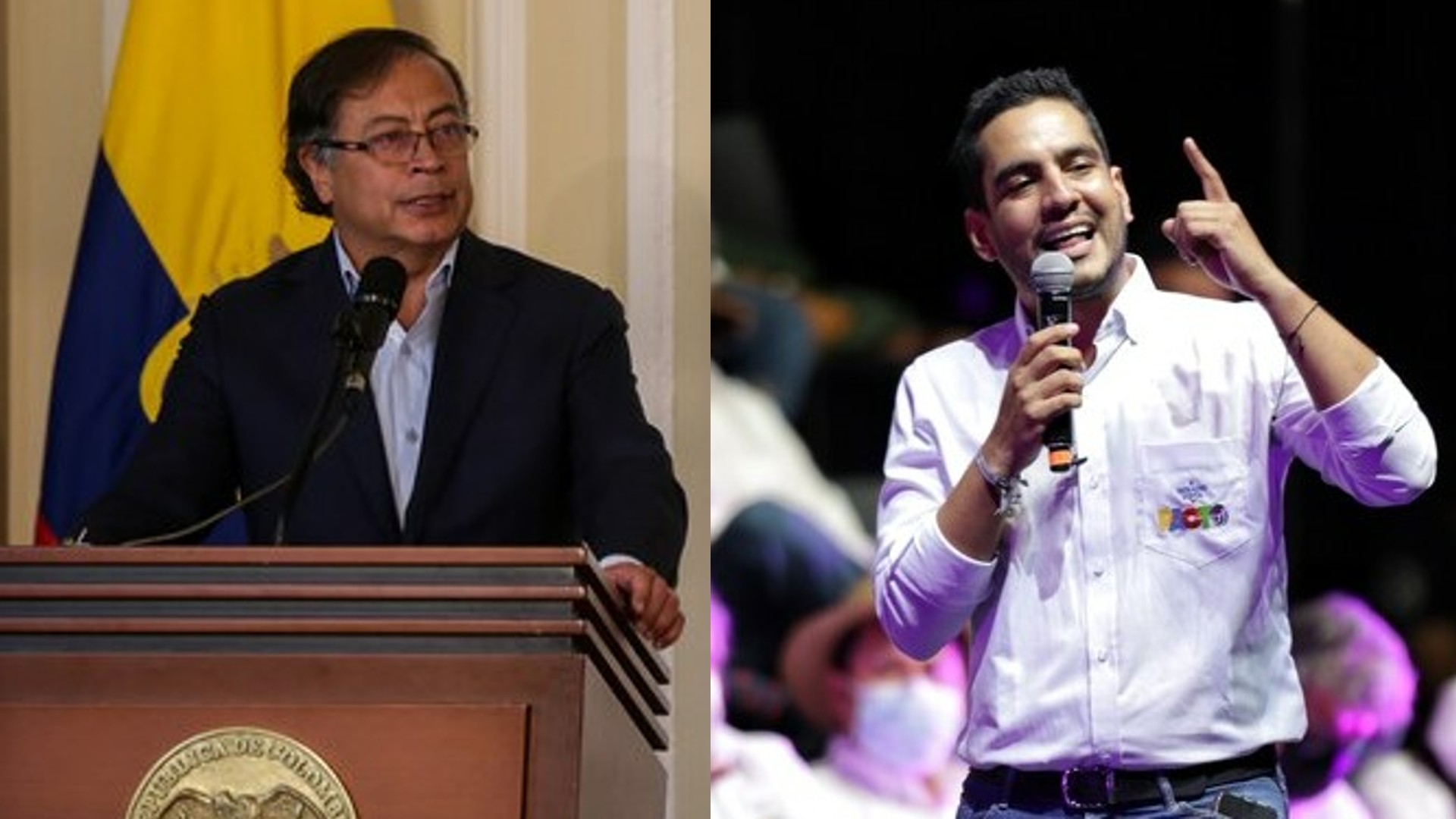 President Petro asserted that the senator would exhibit personality issues and arrogance that would make him notorious by being elected senator. Photos: Colprensa.

In the last few hours, President Gustavo Petro referred to the case of the Senator of the Historic Pact, Alex Flórez, in the city of Cartagena, who, while drunk, insulted a group of police officers and the receptionists of the Hotel Caribe, who did not They allowed a woman to enter the hotel to enter.

The Colombian president asserted that the senator displayed personality problems and arrogance that made him notorious as a senator.

“There are undoubtedly some problems of personality, of life, of existence, which are exacerbated by the arrogance they pretend, stupid beliefs, now that I’m a parliamentarian, then I’m more, we all experience it,” Petro said in an interview with Noticias Caracol.

Likewise, he thoughtfully repeated: “I remember when I first entered Congress it was believed that he had reached the level of power that took over the world, those are stories, stupid things.”

The President also reiterated that Flórez had the opportunity to change and move on because he had not committed a crime, he also rejected the machismo that still exists in society.

“He has his chance there because he basically hasn’t committed any crimes, but he has an existential problem, if you want to be a good parliamentarian, a good politician, the first thing you have to do is get the arrogance out of your head. especially the machismo, the man is worse, the macho upbringing of men, the parliamentarian is just a servant of society,” explained Petro.

In addition to the unfortunate scandal in which the Historic Pact senator has been embroiled, another problem is haunting him after it was revealed last week that the Council of State had accepted a special request from the Flórez defense to authorize the review of a judgment ordered his loss of investiture as City Councilor of Medellín for the period 2020 – 2023. The news broke on September 16 and comes as a relief to the politician who has been embroiled in a number of issues lately.

Flórez has faced this case since 2020, when he was accused of suffering a disability for violating Law 617 of 2000, better known as the Guarantee Law. This is due to the signing of a contract with Tecnológico de Antioquia, weeks before the council elections.

“The defendant reported that his candidacy was not possible because the contract between the Tecnológico de Antioquia (Public body of the Department of Antioquia) and the defendant was signed on February 7, 2019, his candidacy for the City Council of Medellín was registered on February 26 2019 and his election took place on October 27, 2019, suggesting that no year has passed between the date of the signing of the contract and the date of his election in which all the budgets provided for by the above rule were recognized the disputed inability to preach” , the judgment says.

Since then, he began a process to lose his inauguration. Flórez appealed the verdict twice but was not upheld.

The last time he defended himself, he claimed that his fundamental rights to equality, due process and access to justice were being violated. However, the lawsuits were dismissed as inadmissible. It also noted that no evidence was presented to support the claim.

“The existence of a material defect cannot be determined in any of the specific procedural reasons either, because the accused was assessed on the basis of the file situation and the regulations applicable to the specific case,” he said of the decision.

Álex Flórez’s license ended, but he did not return to Congress: what happened
Álex Flórez: now has a Supreme Court trial over Álvaro Uribe’s allegation of sponsoring false positives
Duque’s government had delivered nearly $4 billion worth of contracts “by pointing the finger,” the Historic Compact senator said These are the tracks Spotify subscribers search for the most. (Infobae) While there is much debate as to the origin of podcasts and which was the first in history, there is no doubt about it The emergence of streaming platforms like Spotify in the new millennium has boosted the popularity of this format. As the… Fernández Noroña said that Claudio X. González will be the candidate of the PAN and the PRD (Photo: Cuartoscuro) Gerardo Fernandez Noronaa federal deputy from the PT, attacked the remnants of the Va por México coalition, asserting that after the break with the Institutional Revolutionary Party (PRI)his presidential candidate for 2024 will be Claudio X…. (Photo: Twitter/@alejandromurat) The governor of oaxaca, Alexander Murat Hinojosa, pronounced in favor of the militarization of the National Guard (GN) by assuring that it is “irresponsible” to withdraw the Bundeswehr from the streets at short notice. On September 12, the leader of the Institutional Revolutionary Party (PRI) announced through a video posted on his official… This Sunday, the Cardenal won the duel played on the 15th day of the Colombia – Liga Betplay II 2022 tournament, beating the Orange Team 1-0. The locals scored the only goal of the game in the 49th minute of the second half through Wilson Morelo. After a single game down the left, the striker… The moving minute of silence in the Giuseppe Mezzain honor of 125 victims of the Indonesian tragedy, opened the show they animated Inter Y Barcelona North of Italy. The homeowner started the process with a quest for possession and in an unexpected counterattack Hakan Calhanoğlu surprised with a long-range shot that made Marc-André ter Stegen….

Specifically for the New York Times Infobae. (Science Times: Global Health) Miriam Abdullah spent her entire childhood in and out of hospitals, her thin body racked with fever and plagued by malaria. She got sick so often that her constant treatments exhausted her parents, who also cared for her many siblings, both financially and emotionally….