Nearing the end of his tour of three countries, the former President Mauricio Macri was relaxed at a dinner with a group of business people. With the presence of a live musical band, the leader of the PRO did not hesitate to relax and get carried away by the rhythm: he was seen dancing the classic “La Bamba” while everyone around him sang and followed the rhythm.

For fifteen days, the former President traveled to the Dominican Republic, the United States and Spain, where he held various meetings. He shared various moments through his social media, including his time in Washington teaching a class at Georgetown University’s Institute of the Americas.

During his time in Spain, the former President attended Forum La Toja 2022 where he met King Felipe VI. of Spain and former President Mariano Rajoy. At the Liberal Democracy event, part of the debate focused on Iberoamerica’s role in the new world order. 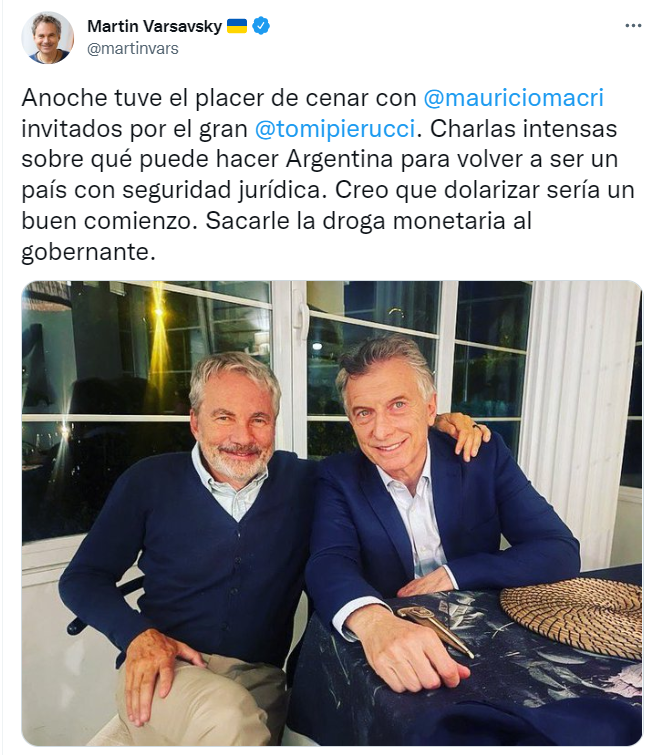 Besides the official meetings, Macri also took the opportunity to meet again with a group of business people. In this regard, he held a meeting at the home of Martin Varsavsky, who shared a postcard with the former president on his Twitter account.

In his tweet, he emphasized: “Last night I had the pleasure of having dinner with Mauricio Macri, invited by the great Tomi Pierucci. Intensive discussions about what Argentina can do to become a country with legal certainty again. I think dollarization would be a good start. Take the monetary drug from the ruler”.

However, in his personal Instagram profile, the businessman showed a more relaxed and cheerful side. After the business lunch, they enjoyed the music of a live band and took the opportunity to sing and dance.

Below the shared videos you can see Mauricio Macri with a smile on his face and dancing to the rhythm of La Bamba. So did the people who attended the meeting, where they amused themselves with one of the most traditional songs. 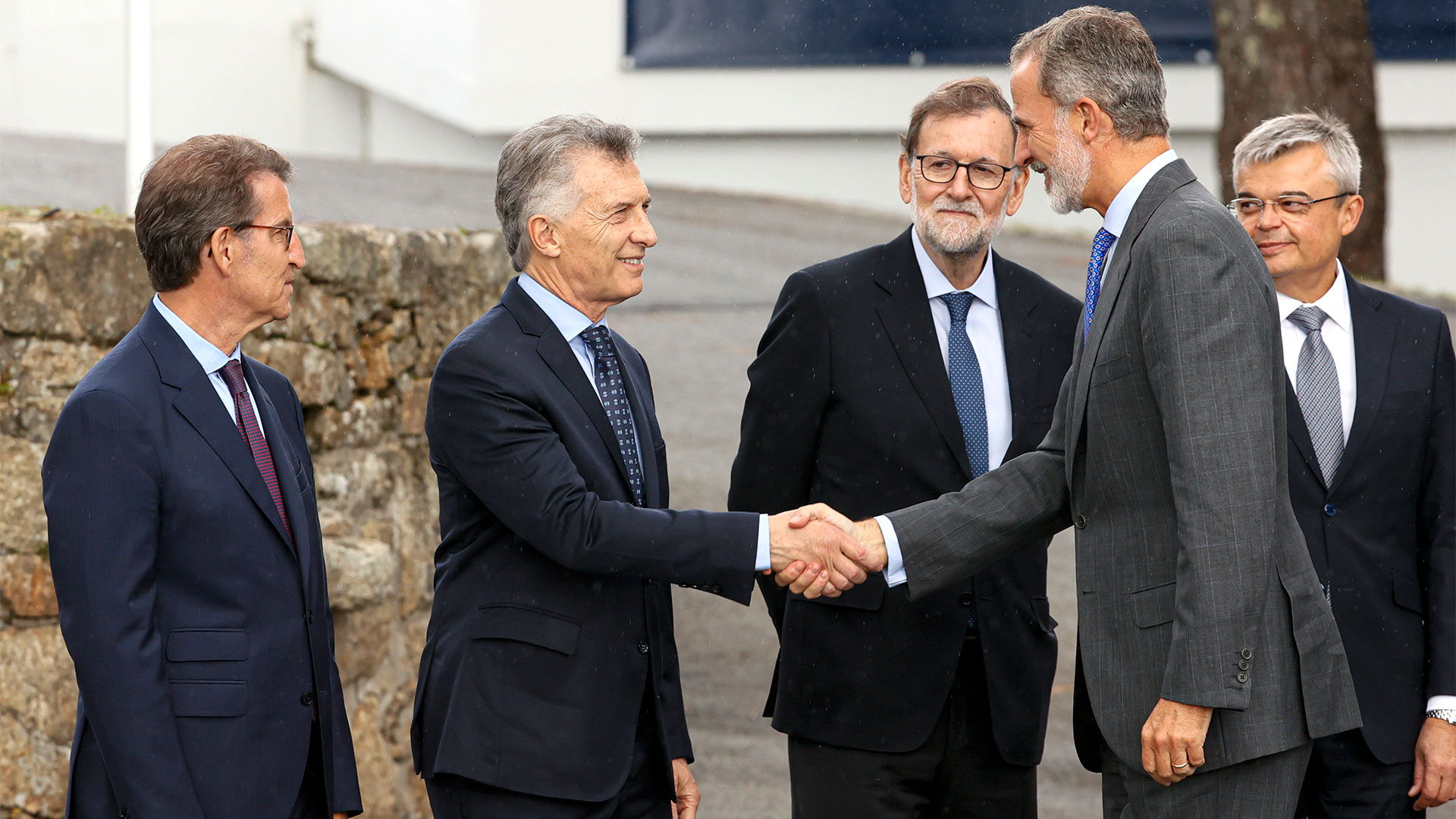 During his visit to Spain, Macri gave an interview to the newspaper ABC where he assured that “20 years of growth will start next year, it will be the end of populism in Argentina”. In that sense, he said he was not just referring to Kirchnerism, but “anyone who wants to over-regulate the economy, tax the people and attack the culture of work will fail”.

Although he made no promises that he would run in the next elections, he reiterated that “populism is over. Next year the opposition will rule”. On his position, he claimed that populism doesn’t work, and in that “I see my optimism. Evita and Perón’s Argentina invented populism, but Argentina will be the first country to get rid of this populism.”

“It’s a decision I couldn’t make. I was already president and I am very grateful to the Argentines,” he clarified when asked about his possible candidacy for the presidency of the nation. In fact, speaking to Radio Cope, he pointed out that while he is considering it, he “naturally feels a tremendous commitment to my country and the 41% who stoically resisted until the end of our mandate and who today have increased . “

In addition, he noted that “I feel very comfortable supporting the good leaders that we have”, ie Patricia Bullrich, Head of PRO; Horacio Rodríguez Larreta, Prime Minister of Buenos Aires; María Eugenia Vidal, Substitute, nationals; and Gerardo Morales, Governor of Jujuy, among others, who expressed their intention to seek the presidency race.

Macri’s message to the intern: “In the end, if one candidate guarantees the move and another doesn’t, I’ll play”
Macris slams school, camp and tire union seizure: ‘Let’s not be a country outside the law’ Olaf Scholz reconnects with Putin Many weeks have passed since the last conversation between Chancellor Scholz and the head of the Kremlin, Putin. Since then, there have been many dramatic developments in the war zone. In a recent phone call, Scholz is now pushing for a diplomatic solution. Santiago Del Moro will direct the new season of Big Brother Big Brother already warmed-up engines. A new edition of the “father” of all reality shows starts in October and phone is already promoting it as his new bet for the prime time. Meanwhile, more details of the program are gradually being revealed, which will… Juan Guillermo Cuadrado in the concentration of the Colombian team in the United States. Image: @fcfselectioncol After the disappointment that the Colombian team suffered from not qualifying for the 2022 World Cup in Qatar, the Argentina coach said Nestor Lorenzo took charge of the team to start a new cycle in which he hopes to… Scotiabank forecasts retail sales to post 4% nominal growth through the end of 2022. Retail sales would slow in the second half of this year and post growth of almost 1% in 2021 due to the high basis of comparison for the same period, the estimates Economic Research Department of Scotiabank. “Our forecast for 2022…

Sportsjournalism, Sept. 21. Cincinnati Bengals quarterback Joe Burrow said Wednesday that the American Conference champion team was frustrated with their two losses this season. “We’re all frustrated, but we’re not panicking. We lost two games, but we still have a lot to do. We will take deep breaths to relax. We’re going to be fine,”… Dozens of Central American migrants have been abandoned on a highway in Chiapas. (Photo: Twitter @SolisInforma / @anonopshispano) This September 22 authorities rescued 153 migrantswhich were found overcrowded and leaving in a truck in the municipality Chiapa de Corzosouth of Mexico. Chiapas State Police said in a statement that the migrants found 144 are from…