This Friday, September 23, the Foreign Minister Caesar Landa confirmed that he would attend the Foreign Relations Committee to respond to the President’s statements Petersburg before the UN. However, his summons was postponed.

About that, Maria del Carmen Alva reveals that “this session was important […]. A few hours earlier we received a letter from the State Department that there was an emergency in Loreto that he urgently needed to accompany the President, for which he could not be on the Foreign Relations Committee today.

“We were surprised to learn that the President is still in Lima. He attended a FF Day ceremony in the Plaza de la Bandera. AA.; Also, most congressmen and those from the Loreto regions have told us that nothing is happening in the region,” Alva said.

“If we quote him and he has accepted, he should be present here. […] I think they should show their face and if they are so confident that nothing will happen with what they say, the one here should be owe nothing, fear nothing,” he said.

“I hope that he doesn’t infect his boss, the President, that he doesn’t want to show his face every time and that he doesn’t open his mouth when he goes to a meeting. Let’s hope this is not the attitude of the foreign minister,” he concluded. Maria del Carmen Alva.

The head of external relations informed the portal epicenter TV that on his return to Lima he would answer any questions or doubts that may arise on the subject concerning the Head of State’s statements. 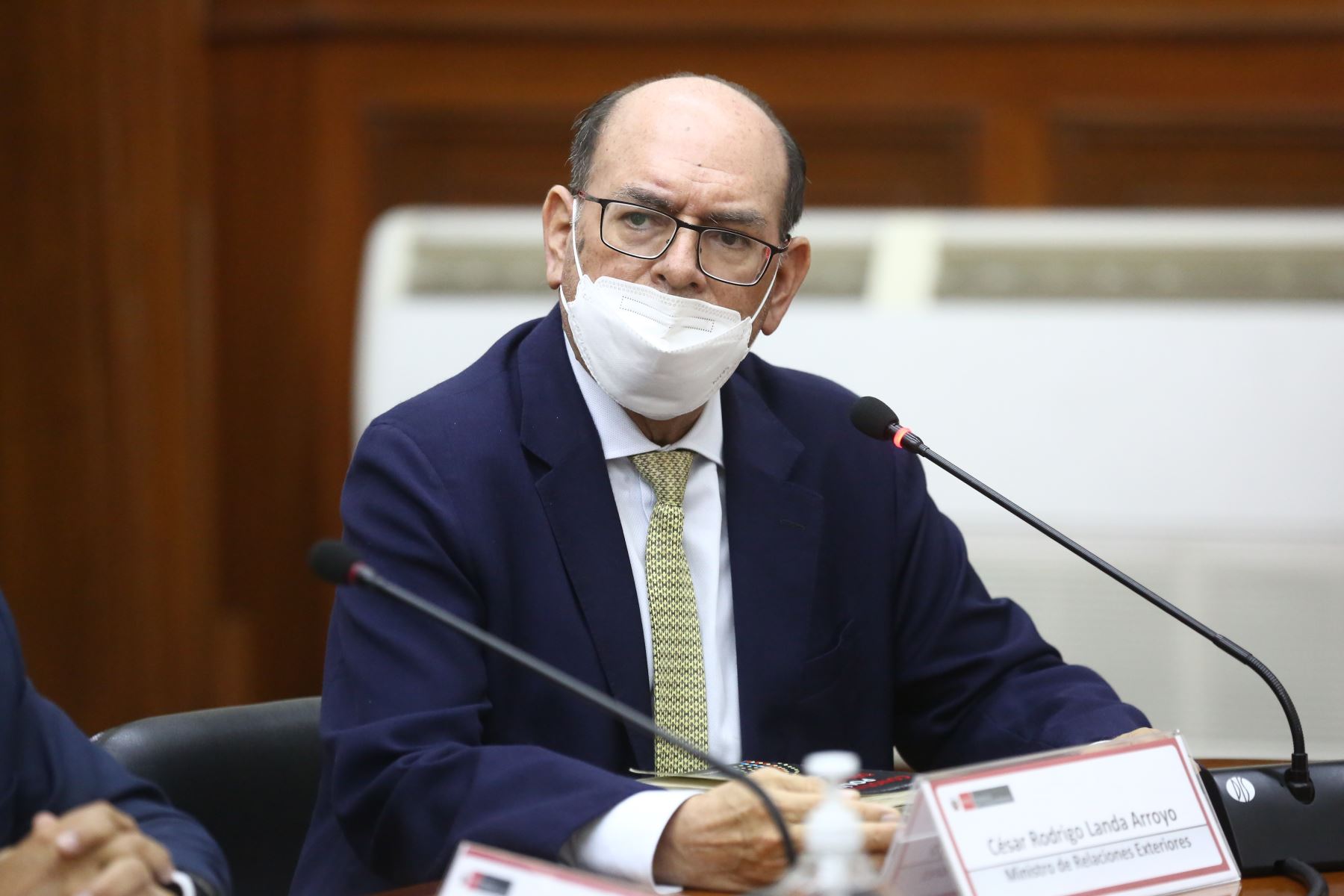 Foreign Minister Cesar Landa pointed out that Pedro Castillo’s speech to the UN “does not touch Congress at all”. (To the)

as remembered Petersburg told the UN that Peru recognizes the Malvinas as part of Argentina and not the UK. This generated reactions from the congress, which led to the collection of signatures to file an interpellation motion against it Caesar Landa.

This initiative is part of the parliamentary Jorge Montoya (People’s Renewal), who assured that he had the support of the groups of Avanza País, Alianza para el Progreso and Independent Congressmen.

“He is responsible for what the President does. The president has his ministers as a shield and uses them for that. The minister put that recommendation to him, definitely not the president or the people who made it, but the person directly responsible is the foreign minister,” he said.

María del Carmen Alva sent a strong message to Pedro Castillo: ‘It is sad that he is attacking Congress outside the country’
César Landa flatly denied that Pedro Castillo had received political asylum at the UN
Congress President expresses concern over Castillo’s UN speech

The contents in the “archives” were created and posted by the previous owners of this website. We are not responsible for any misleading or incorrect content that is posted here. The Guatemalan government on Monday ignored the results of a hearing by neighbors Sunday opposing the operation of a Canadian gold and silver mining company…

The contents in the “archives” were created and posted by the previous owners of this website. We are not responsible for any misleading or incorrect content that is posted here. Nairobi, September 24 Confirmed cases of the Ebola outbreak reported in Uganda last Tuesday, September 20, have risen to eleven, including four deaths, the country’s… The contents in the “archives” were created and posted by the previous owners of this website. We are not responsible for any misleading or incorrect content that is posted here. FILE PHOTO: Her Majesty Queen Elizabeth’s funeral procession makes its way down the Long Walk towards Windsor Castle on September 19, 2022. SSgt Dek Traylor/Pool…

The contents in the “archives” were created and posted by the previous owners of this website. We are not responsible for any misleading or incorrect content that is posted here. JERUSALEM (AP) – Online travel agency Booking.com on Monday announced plans to add warnings for West Bank destinations, becoming the latest foreign company to intervene…

The contents in the “archives” were created and posted by the previous owners of this website. We are not responsible for any misleading or incorrect content that is posted here. (.) By Jonathan Landay ZAPORIJIA, Ukraine, September 30 (Reuters) – Dozens of civilians were killed or wounded in an attack on Friday that the Kiev… The contents in the “archives” were created and posted by the previous owners of this website. We are not responsible for any misleading or incorrect content that is posted here. Daniel Urresti publicly denounces the violation of the electoral law by Rafael López Aliaga | TV Peru Peruvians are in the midst of regional mayor…