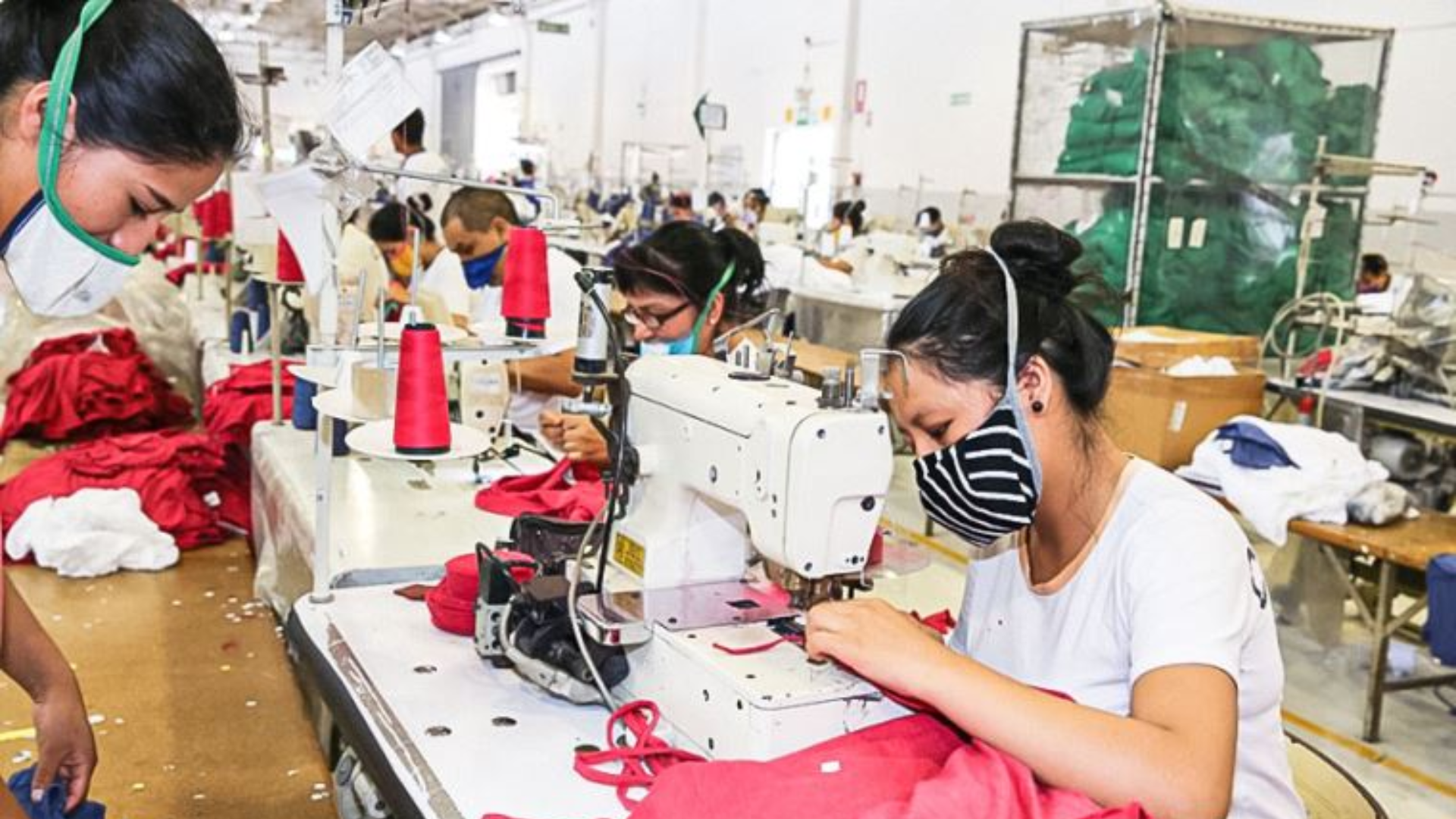 International Equal Pay Day: Gap between women and men would close within 50 years. Photo: The Peruvian

Peru Despite the progress made in recent years, there is still a long way to go before equal pay for women and men; the effects of the pandemic have caused a setback. The figures show that women had less favorable prospects in the workplace. With that in mind, the gender pay gap is expected to close within about 50 years, according to the Peruvian Economic Institute (IPE).

In the context of International Equal Pay Day We show what progress has been made and what challenges exist in the country so that companies and the state work together in this way Women have the same opportunities as men. According to him Global Gender Gap Index 2022prepared by the World Economic Forum, Peru 37th place out of 146 countries, suggesting that these differences have decreased compared to other countries. At the national level, however, according to the report of the IPE of the National Household Survey (Enaho)increased from 19% in 2020 to 25% in 2021.

Given this alarming data Infobae talked to Silvia Rebaza Santa CruzSenior associate in the law firm Philippi Prietocarizosa Ferrero DU & Uría and specialist in labor and social security law, pointed out that women have faced greater obstacles to keep their jobs as a result of the pandemic.

“Our country was one of the countries with the largest wage gap. It is not fair as in other countries that have smaller differences where men’s and women’s salaries are more similar. This responds to different types of situations such as: also the informality there is a kind of worrying gap (…). At the time of the pandemic, the salary situation for men and women was not the best. But it was bigger for women because they were the first to quit their jobs,” he said.

Likewise, she noted that at a more critical juncture, women were taking on—misconsidered and misattributed—the traditional role of the home; moreover of the responsibility of the virtual classes of the children in this same context.

“Many women have been forced to quit their jobs to pursue this (at home) or reduce their working hours to cover this historically and culturally attributed side to women. This has led to an increase (those numbers),” explains Rebaza Santa Cruz. 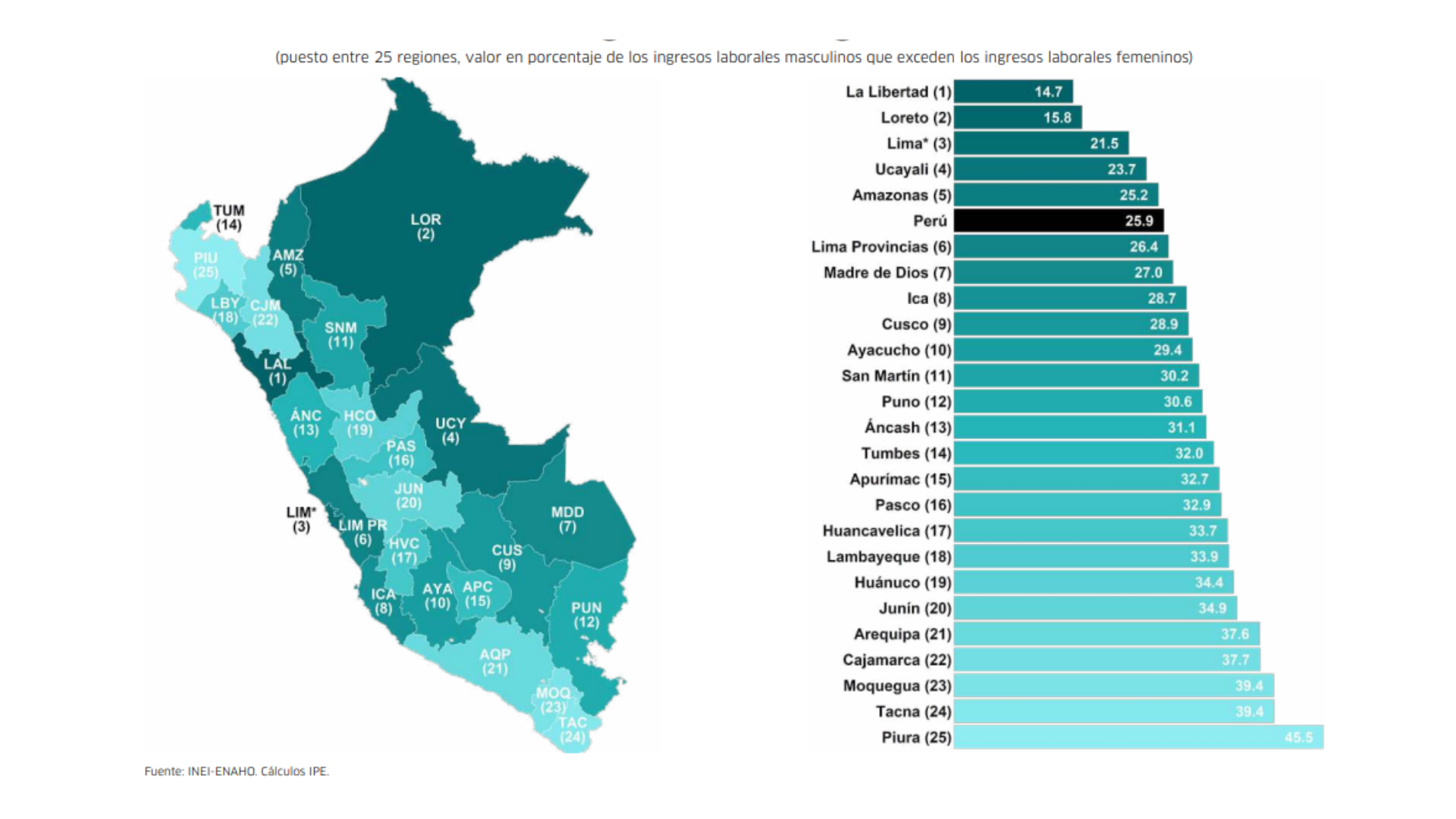 The labor law and social security expert explained that given these figures, downsizing is one of the most important challenges that authorities should pay attention to. For this reason he calls for the postnatal rest to be equal for both parents, with the aim that they themselves decide how their functions are distributed. “From the state, although we have good regulatory prospects, There are still some slight aspects that we need to change,” he added.

From 2020 to last September 13, 2022, 84 wage overage certificates were issued between men and women even though they have the same functions. This was reported by the National Inspectorate for Labor Inspection (Sunafil)who found a very serious violation because the difference in salary was not justified.

In the meantime, the company has also reported that there have been such so far 187 orders control businesses. The regions with the most cases are Lima (57), Callao (27) and Piura (26).

This was announced by the specialist at the time of an interview Women You don’t have to report if you’re pregnant. “You have the right to be able to keep it confidential in an interview because there is a risk that your employer will not hire you if they tell you that you are pregnant. It is discrimination in access to employment,” he explained. 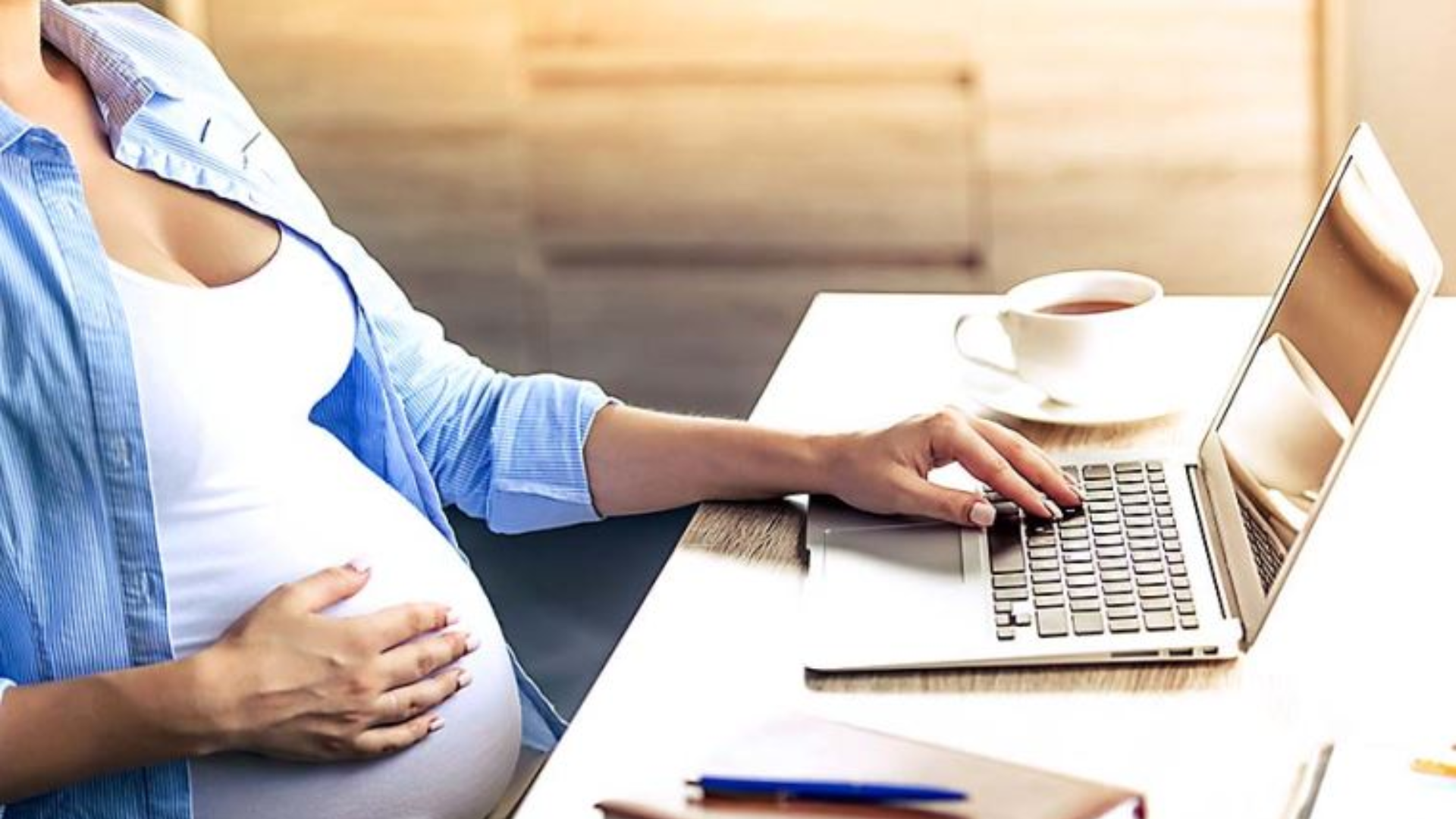 Women are not required to disclose their pregnancy in an interview. Photo: The Peruvian

Another recommendation he feels is important is that women should no longer be tasked with the care and maintenance of the home. “Both men and women are fully fit and able to perform household services (…) Distribute the roles fairly,” he suggested.

“Pregnant women and even women with children can perform functions without fear that they have become pregnant and will no longer be performed in the same way. On the contrary, we must create a space in which to work without prejudice,” he added as a recommendation to companies.

He also recommended that companies check that there are no unequal treatment situations in the workplace. Also, they must have one salary policy that it is communicated to all its employees in order to create more trust between the employees and the employer.

Women’s Day: The gender pay gap widened by almost 30% in Peru in 2021
Pay gap between men and women widening in Peru
What was the average salary of Peruvians in the first months of the year? The Colombian artist celebrates the digital rise on several of his social networks Photo via Vipress The Urban Genre Artist, Kevin Rollancontinues his goal of solidifying himself as one of the country’s most influential exponents and icons of the music industry. In the last few hours, the talented singer-songwriter announced on his social networks the… Cristina Kirchner in her plea for the Vialidad case the vice president Christina Kirchner Today, she once again used her networks to resume her criticism of the judges and prosecutors investigating her during her administration over the diversion of public works in Santa Cruz. Among other things, he insisted that there was a persecution against… In Kyrgyzstan, the death toll in border conflicts with Tajikistan rises to 36 tol/bur/fio/meb/zm