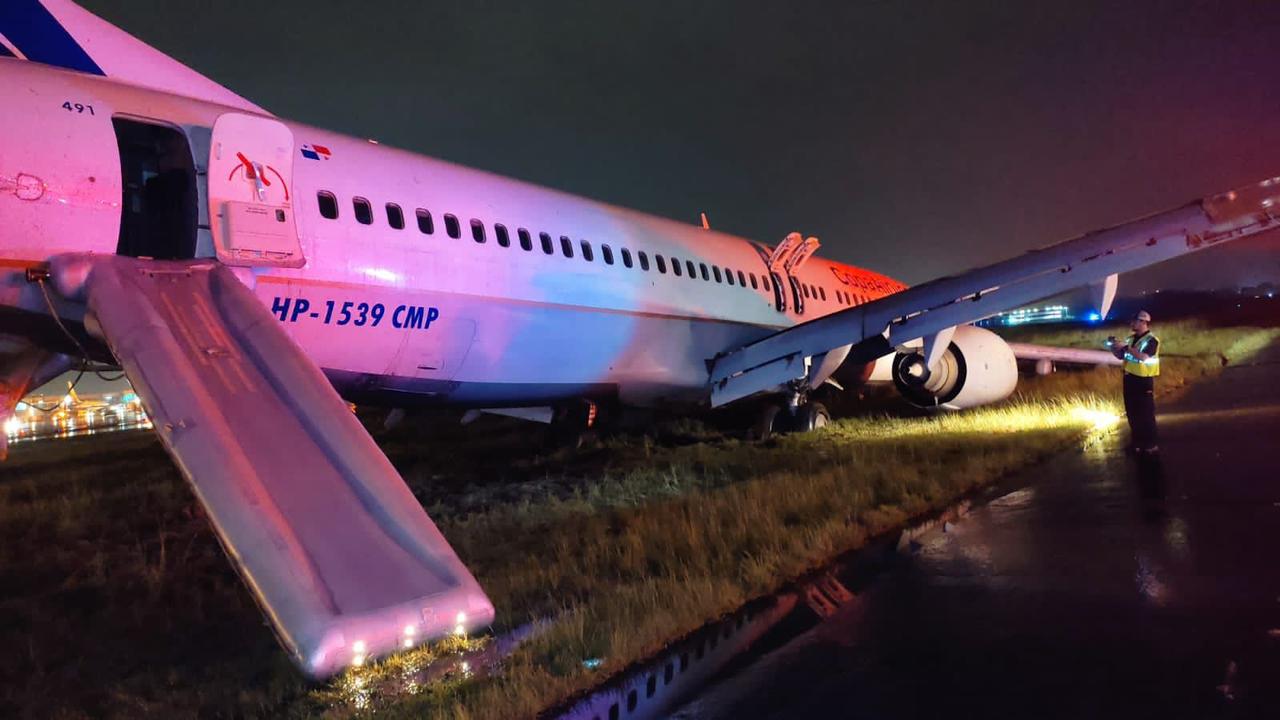 The flight departed the AICM shortly after 5:00 p.m. bound for Panama (Photo: The Aviation Herald)

A mishap occurred on the afternoon of September 25 in a Flight from Mexico City to Panamawhich suffered an incident while landing at Tocumen International Airport.

It was flight CM135, which departed from Mexico City International Airport (AICM) shortly after 5:00 p.m. through the airline Copa Airlines.

And this is the Boeing 737-800NG with the registration HP-1539 skidded off the runway on landingthe crew had to disembark through the plane’s slides without the cause of the accident being known, the airline reported on its social networks.

“Today’s Mexico City-Panama Flight #CM135, departing at 17:26 local time, was involved in an incident where it went off the runway while landing at Tocumen International Airport in Panama (…). We’ll toast to more information here channel” 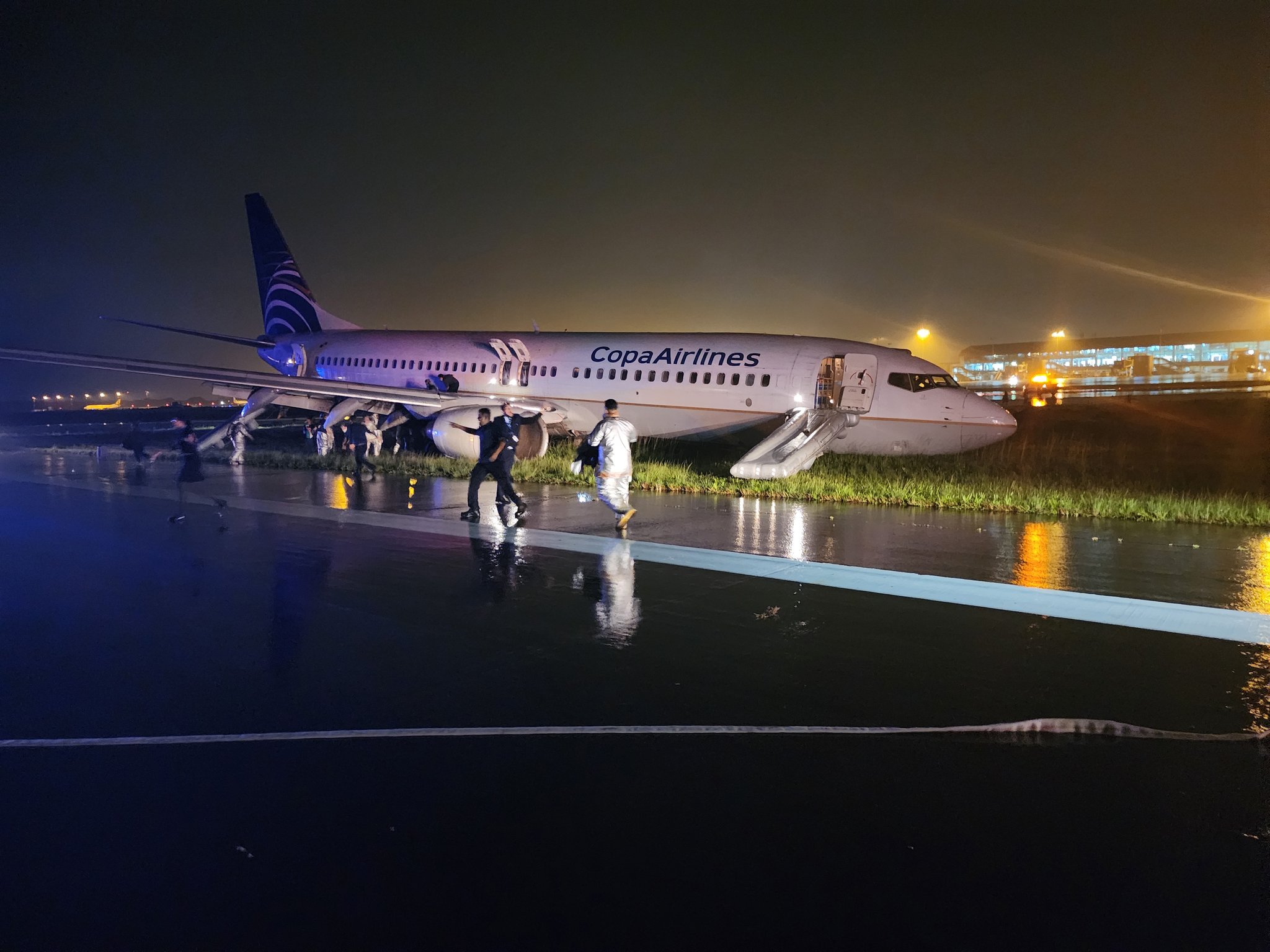 159 passengers and 7 crew members were on the flight (Photo: [email protected])

Although the average time between Mexico and Panama on a direct flight is three and a half to four hours, the airline announced the events after 10:00 p.m. Nevertheless, No injuries have been reported so far or fatalities from this incident.

Copa Airlines subsequently shared a statement that Flight 135 passengers would be provided with necessary care while airline personnel worked with appropriate authorities to determine the origin of the incident.

They also stated that those on board were taken to the Panama Terminal for their respective screening. In total, The aircraft carried 159 passengers and 7 crew membersnone of which has been repeated as resulting in injury.

It was determined that passengers who had another flight connection would continue their itinerary over the next few hours while the rest were in a hotel in the area to later complete his journey. As for the Boeing 737-800NG, they reported that specialized personnel were tasked with removing it from the scene of the incident.

In view of this is the Tocumen International Airport -which is just over 20 kilometers from Panama City- had to close temporarilyone flight had to be diverted to Panama Pacifico Airport while many others were impacted on their scheduled times.

In the early hours of this September 26th, the Reopening of one of the two routes from Tocumen Airport and operations have resumed as normal. However, the airline urged travelers to check the status of their flight on its website.

One of the passengers involved in the mishap – identified as Pablo Corona Fraga – shared his experience via his Twitter account stating this they had to be evacuated without being able to carry their luggage with me while it rained.

“Chaos reigns here. People yelling at security and flight attendants because they want to know if they’re missing their flights, if they’re giving us food, or what’s next. Nobody said anything from the airline. Everything has been pretty chaotic since we went down”

Meanwhile the portal The Aviation Herald He reported that The Civil Aviation Authority of Panama launched an investigation for this incident without the causes being clarified. The contents in the “archives” were created and posted by the previous owners of this website. We are not responsible for any misleading or incorrect content that is posted here. Die Idee wurde in Chile geboren, inmitten der sozialen Explosion und einer persönlichen Krise von Gastón Rosa. Er wollte sich ausdrücken und wählte dieses Medium…. The contents in the “archives” were created and posted by the previous owners of this website. We are not responsible for any misleading or incorrect content that is posted here. Olimpia defeated Municipal 1-0 this Thursday in a match for Round of 16 3 of the CONCACAF tournament – ​​Scotiabank Concacaf League 2022. The local… The contents in the “archives” were created and posted by the previous owners of this website. We are not responsible for any misleading or incorrect content that is posted here. Checo Pérez will start second at the Belgian Grand Prix. (Photo: @redbullracing) The Mexican pilot Sergio Czech Perez (red bull), began the second phase of…

The contents in the “archives” were created and posted by the previous owners of this website. We are not responsible for any misleading or incorrect content that is posted here. DUBAI, United Arab Emirates (AP) – Iran on Thursday released video showing two French nationals arrested for espionage, amid protests in the country that Tehran…

The contents in the “archives” were created and posted by the previous owners of this website. We are not responsible for any misleading or incorrect content that is posted here. Copenhagen, 30.9. Sweden’s National Inspectorate for Strategic Products reported Friday that it has reauthorized the sale of military equipment to Turkey, one of Ankara’s demands… The contents in the “archives” were created and posted by the previous owners of this website. We are not responsible for any misleading or incorrect content that is posted here. This is what the third relief package entails After all, it took another night session: At midday Saturday, the Traffic Light Coalition began negotiations on…