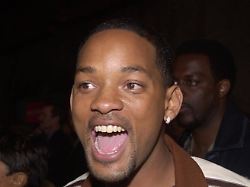 The rumors turn out not to be true: the slavery drama “Emancipation” will be released on December 9. Despite a suspension for Will Smith after the scandal on the open stage, his new film has qualified for the next Oscars.

For a long time, it looked like the streaming service Apple TV+ would not release Will Smith’s already completed movie “Emancipation”. After all, the star and this year’s Oscar winner hit comedian Chris Rock onstage at the Academy Awards, causing a lot of bad press about his person. But now the slavery drama has been given an official start date. “Emancipation” will be released worldwide on Apple TV+ on December 9. The streaming service also presented a first teaser trailer.

After the blow to the open stage, Will Smith will not be able to attend the Oscars for the next ten years, the Academy of Motion Picture Arts and Sciences had ordered the 54-year-old. But because “Emancipation” kicks off in some US theaters on December 2, the film is in theory even eligible for next year’s Oscars. The liberation story, which is partly a gripping survival thriller, is in principle also an excellent Oscar candidate.

Racists are always after him

In “Emancipation,” Will Smith plays Peter, a slave who flees through the Louisiana swamps in 1863 to join the Union army and win his freedom. Ruthless, racist fighters are always on his tail when he escapes. The film is inspired by one of the most famous photographs from the American Civil War era. It shows the back of the so-called “Whipped Peter”, disfigured by numerous lashes from his slave owners. Known as “The Scourged Back,” the recording significantly influenced public opinion in the northern states in the 1860s and proved beyond any doubt the inhumane cruelty of slavery.

There had been rumors before that Apple was holding back the Civil War drama that had reportedly cost about $120 million and had already been completed. The release was originally planned for the fall. The contents in the “archives” were created and posted by the previous owners of this website. We are not responsible for any misleading or incorrect content that is posted here. Incident on the set “Being Mortal” Bill Murray allegedly harassed a young woman 10/12/2022 4:33 PM “Inappropriate conduct” – that has been the vague accusation… The contents in the “archives” were created and posted by the previous owners of this website. We are not responsible for any misleading or incorrect content that is posted here. “Nice to be back in Paris” Charlène dares to be in the front row again 10/05/2022 13:36 Princess Charlene of Monaco avoided the spotlight for… The contents in the “archives” were created and posted by the previous owners of this website. We are not responsible for any misleading or incorrect content that is posted here. “Some Moments Get You” The royals are back in the spotlight 9/23/2022, 11:14 AM The British royal family is still in the self-imposed period of… The contents in the “archives” were created and posted by the previous owners of this website. We are not responsible for any misleading or incorrect content that is posted here. The “crime scene” in the quick check Bitter pills from Zurich By Julian Vetten 9/10/2022 3:03 PM A suspected pharmaceutical scandal, unscrupulous lawyers and tough… The contents in the “archives” were created and posted by the previous owners of this website. We are not responsible for any misleading or incorrect content that is posted here. “Your Eternal Legacy” Harry honors the queen – and the father too? 09/12/2022 11:53 AM Relations with his grandmother were never very tense. Therefore, it…