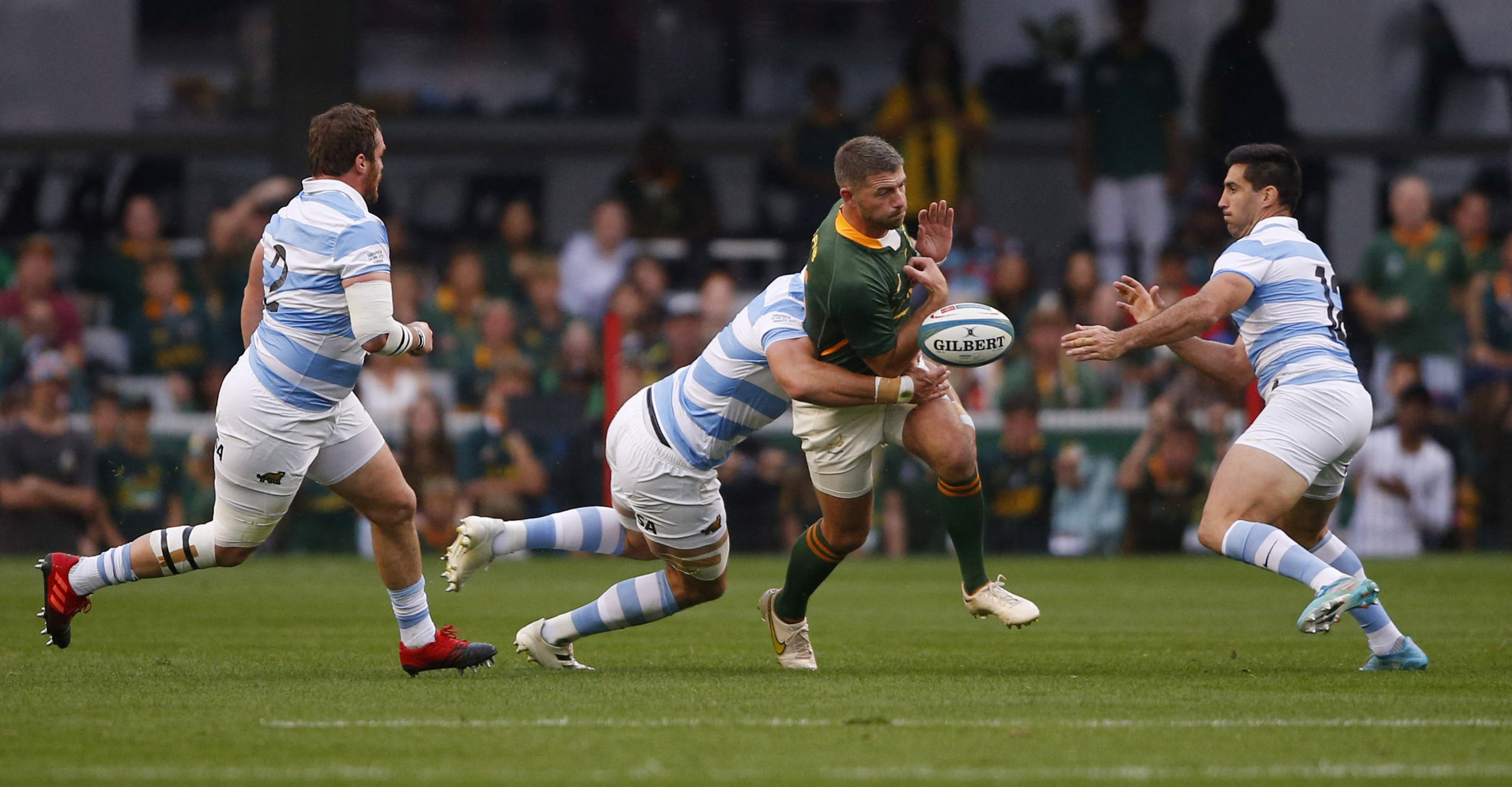 The Pumas were unable to visit South Africa (Picture: Reuters)

The Cougars they fought in the King’s Park Stadium from Durban but could not break the power South Africathe current world champions. They fell 38-21 on the final day of Rugby Championship which will go down in history as the most outstanding for the Argentines for some emblematic victories but also for the statistics.

The detail is that those led by Australian Michael Cheika prevented the Springboks from becoming champions of the competition and allowed New Zealand to take the crown again. The All Blacks finished the rankings with 19 points, South Africa 18, Australia 10 and Argentina 9.

The balance of this edition of 2022 is positive since it has reached a historic victory against All Black as a visitor in addition to a victory blunt against australia In SanJuan. Despite failing to back up those two great performances in the rest of the games, he still signed his statistically best performance with 9 points.

Additionally, they positioned themselves last in the table, improving on 2018 and 2020 numbers as they closed the way with 8 units. In which In 2018 2 victories were added (32-19 vs. South Africa in Mendoza and 23-19 vs. Australia in Gold Coast) while in 2020 scored a victory (25-15 vs. New Zealand in Sydney) and two draws in a special competition that only had three nations as South Africa was dropped due to restrictions imposed by the COVID-19 pandemic.

The national rugby team He also bounced back from a 2021 that ended with 0 points due to 6 lossesa fact that had only occurred in 2017 with the same negative performance.

Beyond the good point haul, it shouldn’t be overlooked that the Argentinian representatives had the chance to reach the last date in the fight for the title They also lost to the Springboks in Avellaneda, 36-20.

In Durban, the Cheika fought for almost 20 minutes until Jasper Wies He broke the score on the first try for the locals. Captain, Siya KolisiHowever, ten minutes later he extended the lead to 14:0 with another attempt Franz Steyn he contributed three more from a distance penalty. The Argentines only supported after almost 40 minutes Gonzalo Bertranou and added the conversion of Emiliano Boffelli (Tournament top scorer with 65 points).

John Martin Gonzales, with another try that also included a conversion from Boffelli, made the game mysterious early in the second half: the score was 17-14. However, the South African powerhouse appeared to add a penalty attempt after 55 minutes, which was answered with Tute Moroni with one more try (and the never-ending Boffelli conversion). However, the hope was short-lived: A penalty attempt and an attempt by Kurt-Lee Arends after more than 80 minutes decided the final with 38:21.

The views Albicelestes They will now be able to do well at the World Cup, which will take place in France between September 8th and October 28th, 2023. Argentina shares Group D with England, Japan, Samoa and Chile.

Roger Federer like you’ve never seen him before: the images of the moment that breaks up with his wife Mirka and the four twins
Controversy in basketball due to Pablo Prigioni’s criticism of the fashion for nationalizing players for national teams: the opinion of 10 speakers
The most eloquent image in Roger Federer’s tennis farewell: Rafael Nadal’s desolate crying The contents in the “archives” were created and posted by the previous owners of this website. We are not responsible for any misleading or incorrect content that is posted here. The WTA was founded in 1973 by American tennis player Billie Jean King. (Infobae) the Spanish tennis player Nuria Parrizas DiazWTA No. 61 and No…. The contents in the “archives” were created and posted by the previous owners of this website. We are not responsible for any misleading or incorrect content that is posted here. Brazil elections to be held on October 2 with Luiz Inacio Lula da Silva and Jair Bolsonaro as favorites (Reuters) The environmental issue on the… The contents in the “archives” were created and posted by the previous owners of this website. We are not responsible for any misleading or incorrect content that is posted here. Position table from the 14th date of the final tournament and the overall table of the league 1 2022 position table: Between Tuesday 4th and… The contents in the “archives” were created and posted by the previous owners of this website. We are not responsible for any misleading or incorrect content that is posted here. Minsa points out that masks would be used again given an increase in cases. Given the steady decline in Covid-19 infections and progress in vaccination… The contents in the “archives” were created and posted by the previous owners of this website. We are not responsible for any misleading or incorrect content that is posted here. “I didn’t want to repeat a culture for a few.” Gustavo Paredes lost his job during the pandemic. As a professor of special education and… The contents in the “archives” were created and posted by the previous owners of this website. We are not responsible for any misleading or incorrect content that is posted here. Although the composer has been open about the relationship, Angela has kept quiet about it (Photos: CUARTOSCURO/Getty Images) The success of Christian knots, Here below,…