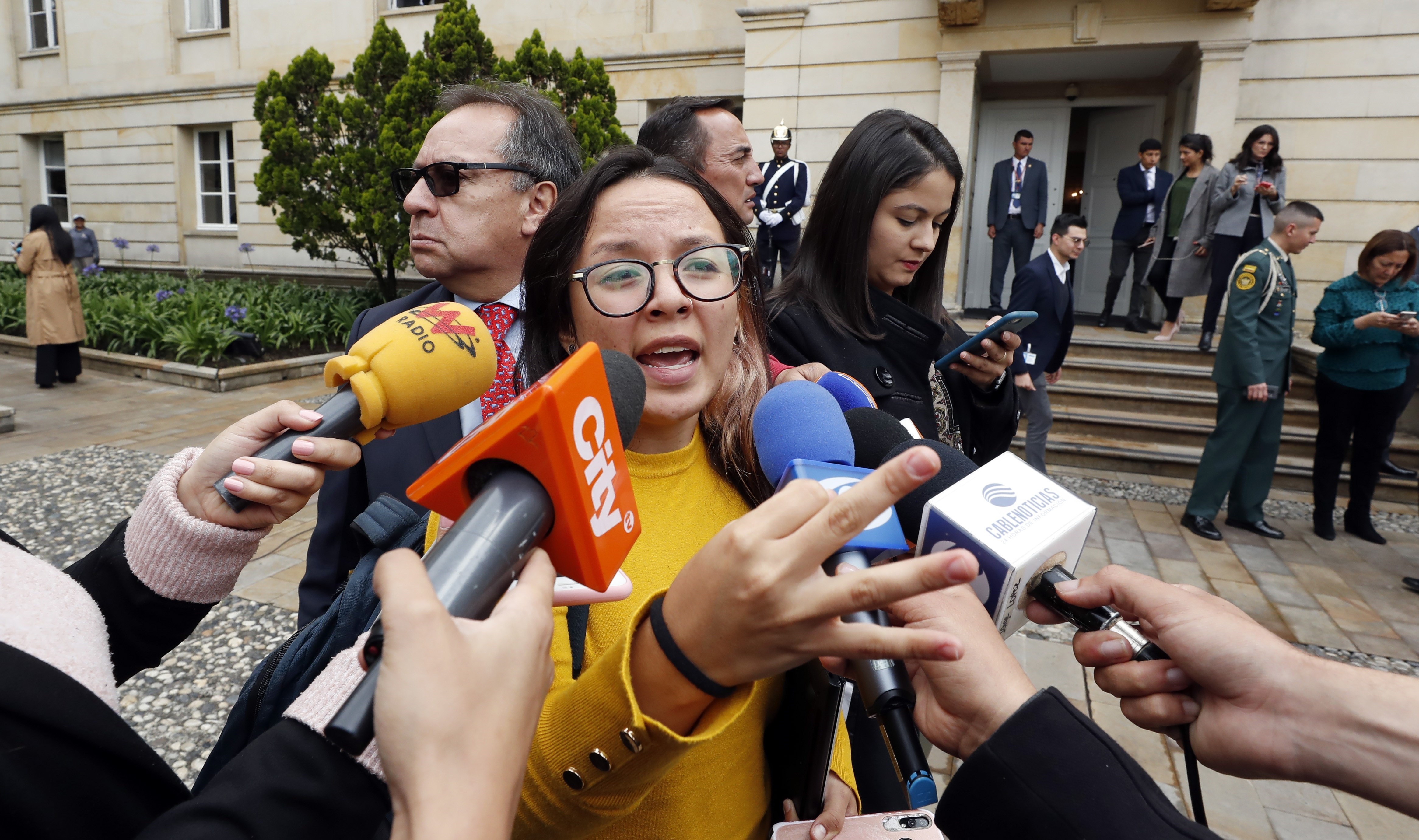 During the September 20 session of the House of Representatives, Dignity Representative Jennifer Pedraza denounced that the National University of Colombia did not have adequate physical facilities to run the Faculty of Arts. For this reason he demanded at the time the addition of the 78,000 million pesos budget earmarked for the running of the university.

Through the intervention of the chamber representative, it also became known that the students of this faculty have been unemployed for three weeks.

“The students in the Faculty of Arts at the National University of Colombia have been unemployed for more than three weeks because the faculty of architecture fell 10 years ago” said Congresswoman Jennifer Pedraza in her speech in the House of Representatives.

The proposal to include the 78,000 million pesos in the National University’s budget would have the purpose of building it Building where the architecture department of the university would workbecause the institution today does not have the physical facilities required for students of architecture and related professions to successfully pursue their professional studies.

Compared to the budget the university has available for its operations in 2023 was approved for a total of 1.1 billion pesos. To this number, the representative of the chamber, with the support of another 33 congressmen who have signed in favor of her initiative, is trying to add this 78,000 million pesos.

The architectural building, which corresponds to the second construction phase of the Philosophical Faculty, is to be erected with these funds. According to her intervention, Jennifer Pedraza affirms that The university had to borrow for the construction of the first phase.

“When the university was finally able to build the building and, it has to be said, got into debt; That is, not with the money we demanded from the national government on the street in 2018, but with the university’s debt to the Findeter, it turned out that the resources were insufficient and the Faculty of Arts building was left half-finished.” specified Congresswoman Jennifer Pedraza.

Following the request presented before the Congress of the Republic and the intervention of the representative last Tuesday, the student representatives and several National University students left to the National Capitol yesterday, Wednesday, September 21stto attract the attention of the legislator, so that an answer comes before the proposal already submitted.

National University students went to Congress to propose an increase in height that would allow construction of the architectural building.

After they were allowed to enter the Capitol, A few students had the opportunity to address the members of Congress which were part of the session brought forward by the House of Representatives.

The student representatives emphasized the importance that the university has not only for Bogotá, but also for remote communities such as Arauca or Amazonas. In this short participation, the students expressed that this is the case despite the excellent results of the National University suffers from a budget deficit which has been running for several years.

In the words of Ronald Vargas, student representative, There is not enough money to close the fiscal year and pay teachers’ salaries.

After the students have been heard and presented with Representative Jennifer Pedraza’s proposal, it remains to be seen before this matter enters the agenda to be followed by the House of Representatives.

The first debate approved the political reform proposed by President Gustavo Petro’s government
The Attorney General’s Office initiated investigations into alleged irregularities in the conclusion of a contract in Emcali
General Budget of the Nation: So it was approved in the intense first debate of the Congressional Economic Commissions The contents in the “archives” were created and posted by the previous owners of this website. We are not responsible for any misleading or incorrect content that is posted here. Tamaulipas governor-elect Américo Villarreal has been accused of links to criminal organizations in the region. Photo: Cuartoscuro President Andres Manuel Lopez Obrador displayed its total… The contents in the “archives” were created and posted by the previous owners of this website. We are not responsible for any misleading or incorrect content that is posted here. (Photo: Twitter/@PDI_FGJCDMX) Edgar Ramirez Tiburcio,”The Chori”He is one of the most wanted criminals in Mexico City for leading a criminal cell Union Tepito which has…

The contents in the “archives” were created and posted by the previous owners of this website. We are not responsible for any misleading or incorrect content that is posted here. Paris, 30.9 The Costume Institute of the Metropolitan Museum of Art in New York (MET) will dedicate its exhibition next spring to the designer Karl… The contents in the “archives” were created and posted by the previous owners of this website. We are not responsible for any misleading or incorrect content that is posted here. Miguel Gómez Martínez, President of Fasecolda. PHOTO: Fasecolda The prospects for compulsory road accident insurance (SOAT) in Colombia are dramatic, as stated this Wednesday by…

The contents in the “archives” were created and posted by the previous owners of this website. We are not responsible for any misleading or incorrect content that is posted here. ST. LOUIS (AP) — Yadier Molina hit a two-run homer while Albert Pujols went clean and missed the 700-homer milestone in Saturday’s doubleheader in which…