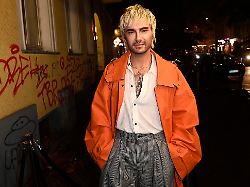 Tokyo Hotel frontman Bill Kaulitz just celebrated his 33rd birthday. But on this occasion, not only can he look forward to gifts and congratulations, but also bad news reaches him: a worrying skin change has been discovered in him.

Tokyo Hotel singer Bill Kaulitz has been diagnosed with a precursor to black skin cancer. The musician makes this known in a story on his Instagram page.

“Unfortunately, not only good news for my 33rd birthday! That also happened. My biopsy came back,” the musician writes with a black and white photo showing him in an operating shirt on the examination table. The result was “severe atypical, pre-melanoma, pre-cancer”. Black skin cancer is the most dangerous form of skin cancer.

But at the same time, Kaulitz provides clarity: “After my minor surgery today and removing all the cells, everything should be fine.” Thanks to his check-up, the preliminary stage was detected early. He will also be checked regularly in the future.

“Let yourself be examined!”

He himself goes to preventive care every six months, explains Kaulitz and calls on his fans to do the same. “Do yourself a favor and do the same,” the singer said. “Get yourself checked for skin cancer!”

News of the dangerous skin change apparently broke during the birthday celebrations of Bill Kaulitz and his twin brother Tom. The couple turned 33 last Thursday and seemed to be thrilled for the occasion.

Both Bill Kaulitz and Tom’s wife Heidi Klum posted photos and videos of the twins partying on a private plane. The brothers wear cake-shaped hats with their name and the number 33 on their heads, toast and hug each other. Stevie Wonder’s “Happy Birthday” plays in the background. Klum and her former “Germany’s next top model” colleague Thomas Hayo, who also celebrates, sings and trumpets. Bill Kaulitz certainly would have preferred not to be informed by his dermatologist. “Comedy police got strict” “Bully” Herbig Wouldn’t Make Winnetou Parody Like That Anymore 9/3/2022 1:29 PM Comedian Michael Herbig thinks it’s right that some things are no longer talked about as they were twenty years ago. Today he questions his parody “The Shoe of Manitou”. However, the justification does not sound very convincing. He is… Nina Kunzendorf is known for numerous film and television productions, not least for her role as researcher Conny Mey in Frankfurt’s “Tatort”, which she retired in 2013. Since September 18, the 50-year-old can be seen on RTL+ in its own series “Das Haus der Traume”, which is about the founding of the Jonass department store… “Message to Mr Putin” Nicole sings “A Little Peace” in Russian 10/16/2022, 09:35 a.m. German ESC winner Nicole has already sung the winning song “A little peace” in seven languages. Now there’s an eighth: on their new album the chorus is in Russian. It is a message to Putin, says the pop singer. But also…