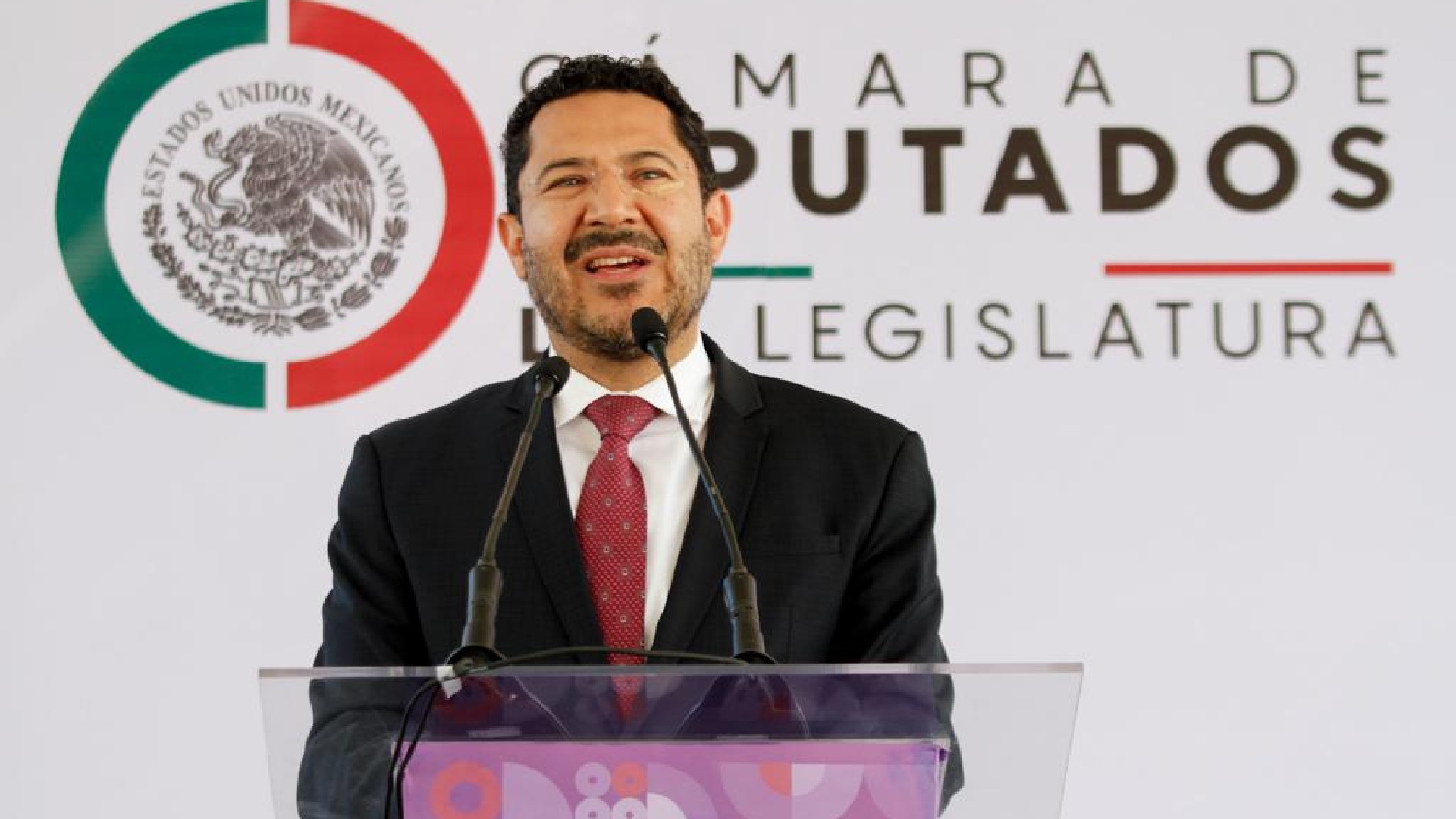 After a Group of normalistas committing violent crimes north of Mexico City, this Saturday the government secretary of the capital, Martin Batresseparate from these facts the Parents of the 43 missing students of the normal rural “Isidro Burgos” of Ayotzinapa.

And it is that on this September 23rd a series of mobilizations were carried out as part of the eighth anniversary of the event in question; However, they stopped being peaceful and notably became violent Outside of the building of the Attorney General of the Republic (FGR) and near the military camp-1where hooded normalists attacked the security forces with Molotov cocktails.

The final balance was 21 police officers injuredas well as 13 Elements of the Minister of National Defense (sedena) J five the National Guard (G.N); although none seriously.

In this regard, the Morenist official assured in a press conference the riots came a small and highly concentrated group of approx 40 people.

“Yesterday in particular, a mobilization was carried out in front of the Attorney General’s Office. About 600 people were mobilized; It should be noted that the mobilization was generally peaceful, a rally was held and the rally was peaceful. But in the end, when this rally was over, a much smaller group of no more than 40 people committed acts of violence by firing firecrackers at the police and at the building.”

For this reason, Batres Guadarrama requested the mobilizations next September 26 on the Paseo de la Reforma be carried out peacefullywhen he stressed that the CDMX government led by Claudia Sheinbaum Respect the right to demonstrate freely.

Members of Ayotzinapa’s normalist students held a rally at the Monument to the Revolution peacefully and without hitting back. pic.twitter.com/FuaBst9d1j

In this sense, he announced that the elements of the Secretariat for Citizen Security (SSC) You will not fall for covert provocationsbecause from this Thursday they had the order to do so do not respond to aggression the protesters.

Nevertheless, Hours earlier, he had disqualified the protests of the past few days by declaring that violent demonstrations were not a right.

“What a demonstration cannot do is attack other people, physically harm them, hit other people, inflict them with any type of artifact injury or any type of firecracker. […] That is not allowed. That’s not creative, that’s not imaginative and that’s not right,” he said in a video posted to his Twitter account.

In the same way, Batres announced that on the afternoon of September 24, a meeting would be held with representatives of the parents of the missing students Organization of security operations for the march next Monday.

Calls for participation in the are circulating on social networks “March for the 8 Years of Disappearing Students”. As reported, this is deviated from Angel of Independence at 4:00 p.m. towards the Zócalo of the Capital.

The protest for Ayotzinapa at the military compound ended in riots
The revealing messages of the Ayotzinapa case: 6 students still alive, government cover-up and orders to kill them
They issued a formal arrest warrant for General José Rodríguez Pérez in the Ayotzinapa case

The contents in the “archives” were created and posted by the previous owners of this website. We are not responsible for any misleading or incorrect content that is posted here. At least seven people were killed and nine others wounded in a suicide bombing claimed by radical Islamists al-Shabaab at a military recruitment camp in…

The contents in the “archives” were created and posted by the previous owners of this website. We are not responsible for any misleading or incorrect content that is posted here. The Ukrainian army said on Saturday that its forces had “surrounded” thousands of Russian soldiers near the town of Liman, a key railway junction in… The contents in the “archives” were created and posted by the previous owners of this website. We are not responsible for any misleading or incorrect content that is posted here. Sergio George denies romance with Gisela Valcárcel and admits: ‘I love the show.’ Willax TV. this 2022, Gisela Valcarcel returned to television with a whole… The contents in the “archives” were created and posted by the previous owners of this website. We are not responsible for any misleading or incorrect content that is posted here. Noguchi RiverJapanese, number 356 in the ATP and seeded number 1, won in the final of the tournament of Sapporo through 4-6, 7-5 and 6-2… The contents in the “archives” were created and posted by the previous owners of this website. We are not responsible for any misleading or incorrect content that is posted here. (Photo: Instagram/@julionfansalvarez) This Sunday there was a shooting near the shopping malls Plaza Andares and Puerta Hierro, in Zapopan Jaliscobetween uniforms and civilians. The violent… The contents in the “archives” were created and posted by the previous owners of this website. We are not responsible for any misleading or incorrect content that is posted here. For several years, an earthquake drill has been held in Mexico every September 19th. This year, the actual quake came less than an hour later….