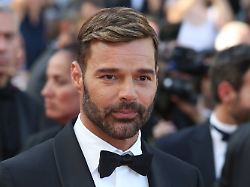 After accusations of incest
Ricky Martin is suing his cousin

Ricky Martin’s cousin recently publicly accused the singer of incest, but the 21-year-old soon retracted the allegations. Martin is now responding with a lawsuit. He is demanding $20 million in damages for damage to his reputation.

Pop star Ricky Martin is suing his cousin Dennis Yadiel Sanchez in his native Puerto Rico. He had previously accused the singer of sexual abuse and incest, asking the court itself to dismiss the case. Martin is now seeking $20 million in damages because the false accusations have damaged his reputation. This is reported by the American industry magazine Deadline.

The lawsuit alleges that the singer’s 21-year-old cousin who committed “misconduct” and “irresponsible, malicious and criminal acts” damaged Martin’s “pristine reputation” acquired through his long artistic and altruistic career over the past nearly two decades. 40 years. his life”.

As “Entertainment Weekly” also reports, the lawsuit also alleges that before the charges, Sánchez publicly boasted that he was related to 50-year-old Martin, bombarded him with messages on WhatsApp and Instagram and, on one occasion, his private cell phone number. posted on a social network.

Until the proceedings were halted about nine weeks ago, Ricky Martin had vehemently denied allegations that he had a sexual relationship with his relative. The American celebrity portal “TMZ” published a video at the time in which the musician spoke of a “painful” experience, stating: “It was devastating for me, for my family, for my friends. I don’t wish that on anyone.” Iris Berben has been one of the best known and most sought after actresses in Germany for decades. Today, the 72-year-old is coming to cinemas with two new films. In the satire “Triangle of Sadness”, which won a Palme d’Or at the Cannes Film Festival, she plays a woman who becomes an observer after a… lost 25 kilos Ralph Siegel has a special diet 10/12/2022 13:49 hrs Reiner Calmund showed the way, now that Ralph Siegel, at age 70, has changed his diet again to lose weight. With success, because the composer now weighs 25 kilos less. How did he do it… Ralph Siegel has big plans and has accomplished… Out for jungle camp icon Dr Bob gives Britten a basket 09/26/2022, 2:25 PM He is the doctor trusted not only by women in the jungle camp: Dr. Bob! Also in the British version of the format, he looked after the well-being of the candidates for 20 years as “Medic Bob”. But now he’s apparently…