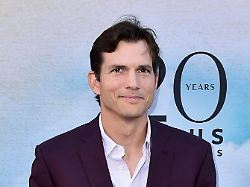 42 kilometers through New York
Ashton Kutcher training for a marathon

The TCS New York City Marathon will take place again in November. Actor Ashton Kutcher will also be there to raise money for his organization Thorn. The 44-year-old is already training hard for this. He’s also lost quite a bit of weight.

Ashton Kutcher is currently training for the New York Marathon, which will take place on November 6. In an interview with “Entertainment Tonight”, the actor revealed that he has already lost weight. “The biggest physical change was the transfer of muscle mass from the upper body to the lower body. I lost about five kilos,” he told US media. His wife Mila Kunis is a “great support” for him in the project.

As part of a series of interviews called “Our Future Selves,” Kutcher, 44, wants to motivate herself even more on her way to the marathon by training with stars like Kim Kardashian and Natalie Portman and finding out what makes each of them tick.

“My fundamental ‘why’ is to leave life better than it was given to me,” the 44-year-old explains of his own goals. “My daily motivations are my children and my family.” Kutcher participates in the marathon to raise money for his organization Thorn. This is dedicated to the development of innovative technologies designed to protect children from sexual abuse on the Internet.

The actor also recently revealed that he was diagnosed with a rare disease two years ago. The star of sitcoms like That ’70s Show and The Ranch suffered from “a super-rare form of vasculitis,” as he revealed in the survival series Bear Grylls: Stars at the Limit. The autoimmune disease “crippled his vision, hearing and his entire sense of balance,” Kutcher said. The healing process took a whole year. Sometimes he wasn’t sure if he would ever hear, see, or walk again. After this terrible experience, he was “glad to be alive”. For the coronation Charles III faces major challenges 9/21/2022, 10:47 AM (updated) The queen is dead, long live the king! And he has a lot of work ahead of him. Modernization of the royal family, positioning in climate and environmental issues, plus gossip in your own family – the organization of the coronation ceremony should… Eleven Day Tour of Great Britain How does the queen’s corpse stay “fresh” for so long? By Axel Witte 14/09/2022, 2:15 pm Queen Elizabeth II has been dead for six days. But before she finds her final resting place, she has a few final mandatory appointments to complete. So that they do not become a… Tears in the “Summer House of the Stars” Farmer Patrick shows his true face 9/21/2022, 10:37 AM (updated) Airtime provocations, initiating a “revolution” and a farmer who disrespects his farmer’s wife: In this episode of the ntv podcast “Ditt & Datt & Dittrich”, Verena and Ronny talk about nightmare relationships and shout out loud: “Run… “A Gift From My Father” Alessia Herren is pregnant 17-10-22, 10:15 pm Reality TV star Alessia Herren announces his pregnancy on Instagram. The daughter of the late party singer Willi Herren writes in her post: “I would so much like for the child to become a little Willi.” Alessia Herren has announced her pregnancy. “Finally… After months of radio silence Mourning Queen Reunites William, Harry, Kate and Meghan 09/10/2022, 10:21 PM Actually, Britain’s Princes William and Harry are at odds. To the applause of the astonished crowd, the two and their wives make their first public appearance at Windsor Castle. It would have been preceded by an invitation from William….